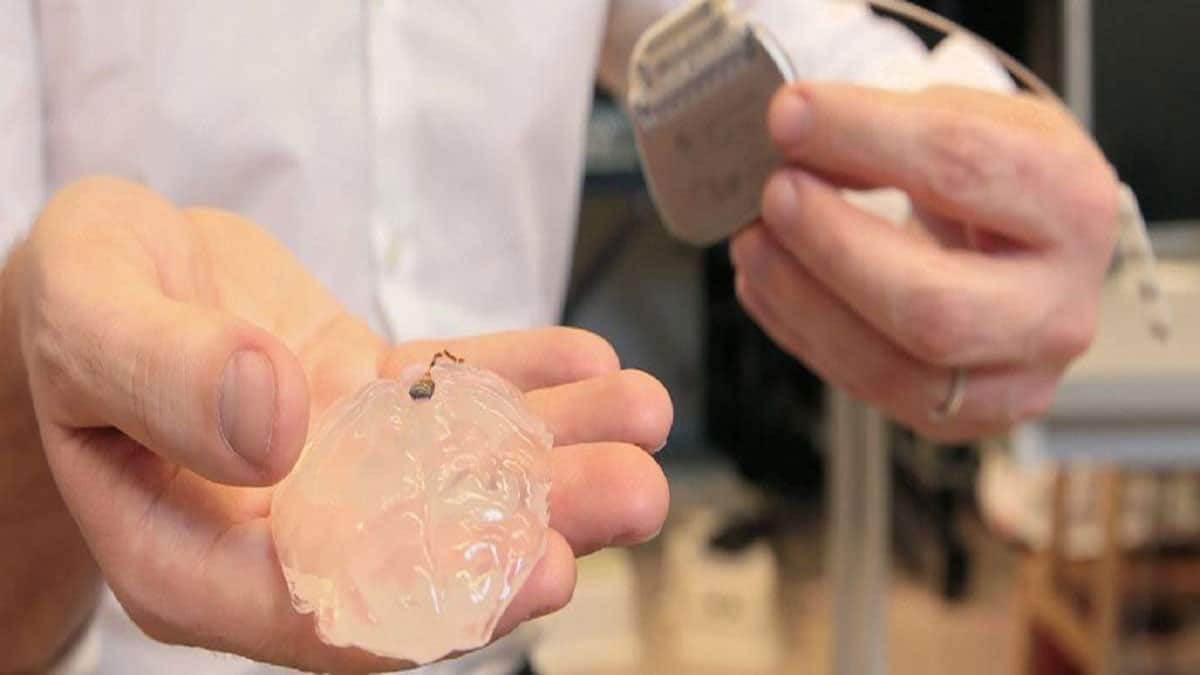 For the first time, scientists have to implant wireless brain to avoid the spinal cord injuries of two paralyzed rhesus macaques. It even gives the ability to walk again.

They have developed a system that passes brain signals to provoke the muscles responsible for leg movement. It is built upon previous sensor technology called BrainGate. BrainGate is a pill-size electrode array that is implanted in the brain to capture movement signals generated by the motor cortex.

A wireless sensor then broadcasts the signals to a computer. It even decodes them, before sending back to an electrical stimulator. The stimulator is implanted in the lumbar spine below the area of spinal injury.

The signals were recorded from the motor cortex of the brain. They triggers coordinated electrical stimulation of nerves in the spine that is responsible for locomotion. Thus, they represent a neural prosthetic that has restored locomotion in a primate. This stimulation signals to spinal nerves, which activate leg muscles.

Scientists explained, “When we walk, electrical signals that originate in the brain’s motor cortex are sent down to the lumbar region in the lower spinal cord. Once there, they activate motor neurons that help us coordinate the movement of leg muscles necessary for walking.”

“But injuries to the upper spine can sever this communication channel between the brain and the lower spinal cord. It means the signals can’t get through to coordinate our leg movements.“

This wireless brain-spinal interface has only been tested on macaques. Scientists also implanted the neural interface in healthy macaques to calibrate the system. Through this, they can capture the animal’s brain signals that associate with normal leg movement and locomotion.

After that, scientists tested implants on two animals. The animals had temporary paralysis due to spinal cord lesions in their thoracic spine. When scientists activated the receiver and interface, the animals immediately started to move their legs. They could even walk on a treadmill with almost normal motion.

David Borton from Brown University, said, “Doing this wirelessly enables us to draw the neural activity in normal contexts and during natural behavior. If we truly aim for neuroprosthetics that can someday be deployed to help human patients during activities of daily life, such untethered recording technologies will be critical.”

“The ability to restore movement without wires is crucial. It is like wired brain-sensing systems can restrict freedom of movement,” he added.

This interface needs a separate computer that must be capable of decoding the signals. And the most important, the wireless signals now sent by one way: from the brain to the legs.

Borton said, “In a full translational study, we would want to do more quantification about how balanced the animal is walking and measure the forces they’re able to apply.”

Scientists noted, when the sensor are activated, it could use as a rehabilitation tool.

“Through this idea, we may be able to enhance the growth of circuits during rehabilitation,” said Borton.