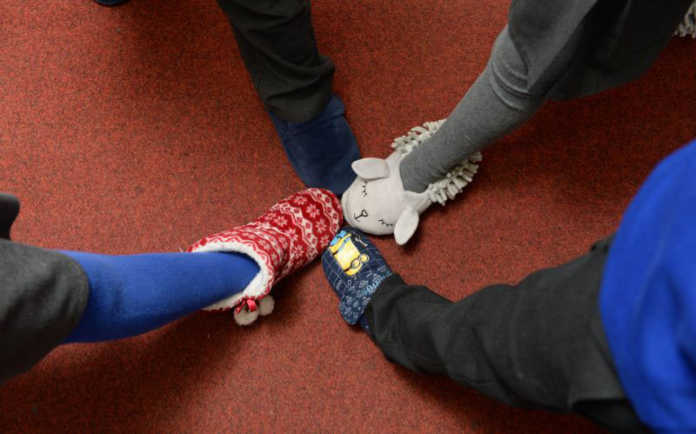 Wearing slippers casually has various benefits. First, it is the part of comfort. It also reduces strain on the feet and legs. The proper amount of blood flows through your feet by wearing slippers. Similarly, a new study by Bournemouth University suggests that slippers at school could improve student’s grades.

Pupils who wear slipper in the classroom typically arrive at school earlier, left later and read more during class. The children are found as much calmer and more receptive to learning.

After asking Mrs. Titchener said, “We’re always trying to improve the experience for students. When we came across the research we tested it in one class. We found some notable improvements in how students felt and performed in the classroom.”

While testing, pupil also felt more comfortable. They feel more at home and more in tune with the classes.

Like anything, we get some opposition for some things, the same thing also happens with this. Some parents at the school have voiced their concerns over the policy. They said- “school prepares children for the world of work and uniform is a big part of maintaining standards.”

They considered it as a load of new age nonsense. So, they were not allowing to wear slippers in class.

Mrs. Titchener said, “I think the idea that this makes the children less smartly dressed or less prepared for formal situations is a misconception.”

“Although the new uniform guidelines were non-compulsory. Almost all of the students enrolled at the school had opted into wearing slippers over their outdoor footwear.”

The idea of more relaxed uniform has already been implemented across Scandinavia. And hence, academic performance among primary-aged pupils improved considerably.

Lead researcher Stephen Heppell said, “Shoeless learning isn’t for everyone. But the hard research data says cleaning costs are lower, furniture lasts a lot longer and with clean floors, you need less of it. It saves money – and academic progress is better too.”

“The last place a child would sit to read is an upright chair. We’ve found that 95 percent of them actually don’t read on a chair at home. When they go on holidays the read lying down. Having conditions in the classroom that are like those at home mean that more boys are reading in the classroom.”