Shortly after revealing the cabin interior of its first SpaceShipTwo vehicle, built to fly tourists beyond the edge of space and back, Virgin Galactic now unveils the concept design for a new Mach 3 supersonic commercial jet that would exceed three times the speed of sound. The North American commercial space travel company has signed a non-binding Memorandum of Understanding (MOU) with Rolls-Royce to collaborate in designing and developing engine propulsion technology for high-speed commercial aircraft.

The basic parameters of the initial design of the high-speed aircraft are proposed to carry 9 to 19 passengers at Mach 3, or three times faster than the speed of sound (about 2,300 mph or 3,700 km/h). The Mach 3 aircraft would operate at altitudes of above 60,000 ft (18,000 m), which is twice the usual height of commercial jets. At higher altitudes, less friction with the air, and therefore there is a greater possibility of moving faster with less effort.

The conceptual aircraft would also be able to incorporate custom cabin layouts to address customer needs, including Business or First Class seating arrangements. The design also aims to help lead the way toward the use of state-of-the-art sustainable aviation fuel.

Besides, sustainable technologies and techniques into the aircraft design early on are expected to also act as a catalyst to adoption in the rest of the aviation community. No other details about the project have been revealed yet.

According to Virgin Galactic, the design philosophy of the aircraft is “geared around making high speed travel practical, sustainable, safe, and reliable while making customer experience a top priority.”

With this new venture, Virgin Galactic joins the group of supersonic commercial jet developers. Other names involved in this area are Aerion and Boom Technology, the U.S. based startup that plans to launch what may be the successors to the legendary Concorde, by the end of this decade. Rolls Royce was also in charge of the British Airways’ Concorde turbines that were operated until 2003.

“We are pleased to collaborate with the innovative team at Rolls-Royce as we strive to develop sustainable, cutting-edge propulsion systems for the aircraft, and we are pleased to be working with the FAA to ensure our designs can make a practical impact from the start. We have made great progress so far, and we look forward to opening up a new frontier in high-speed travel,” said George Whitesides, Chief Space Officer, Virgin Galactic. 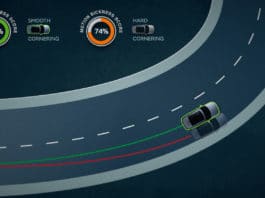 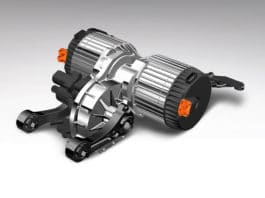 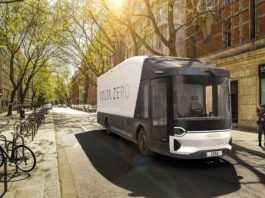 Volta Zero, a futuristic electric truck with 200 km of autonomy