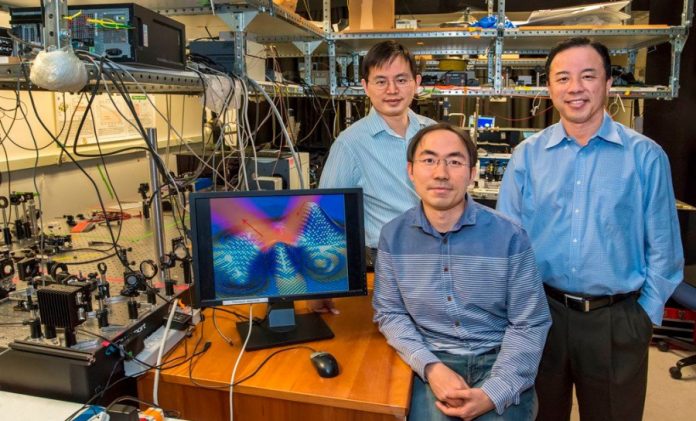 Objects are apparent to us because a small cut of light that strike them is spread in the direction of our retinas. Invisibility cloak could make objects disappear from a range of vision. This can happen by taking advantage of the unusual optical properties of metamaterials.

This invisibility cloak was developed by scientists from the University of California and the US department of energy’s Lawrence at Berkeley National Laboratory. It is flexible, incredibly thin, that can cover around microscopic objects of any shape and make them unfindable. In the apparent pattern. The principles behind it, this technology should empower it to be scaled-up to hide microscopic item as well.

This ultrathin cloak looks like a coat. It was easy to design and implement and is potentially scalable for hiding microscopic objects.

Its group of mirrors and their adjusting capability to the object of approximate dimensions makes it so interesting. The clock is equipped with gold Nanoantennas and mirrors which adjust to the dimensions of an approximate shape object to conjointly act as a flat mirror.

The group made thin-film consists of magnesium fluoride, which is just a 50 nanometres thick. It is topped with an alternating pattern of little, brick shaped gold Nanoantennas of size 30 nanometres thick. Those bricks were arranged in 6 different sizes ranging from 30 to 220 nanometres long and 90 to 175 nanometres wide.

After that, the scientists covered up a tiny, irregular shape object measuring about a bit above the 1000th of an inch. Then scientists have found that light reflected back almost perfectly with a wavelength of 730 nanometres without displaying where the object was.
The object was invisible because the gold Nanoantennas controlled the spreading light that reflects off of it. Each different aspect fluctuation provided by each different Nanoantenna fully restores both the wavefront and the spreading light aspect. This makes objects remains perfectly hidden.

The cloak has on/off switch. It is as simple as reverting the fabric’s antinomy to actualize the false appearance or to clearly actualized in front of an unfamiliar person.
The ultrathin cloak creates an effect that makes it appear like the light were striking a mirror and cloak and object wasn’t even there.

New technique that images every pigment cell of a whole zebrafish