A bridge chip that realizes high-speed and large-capacity SSDs. 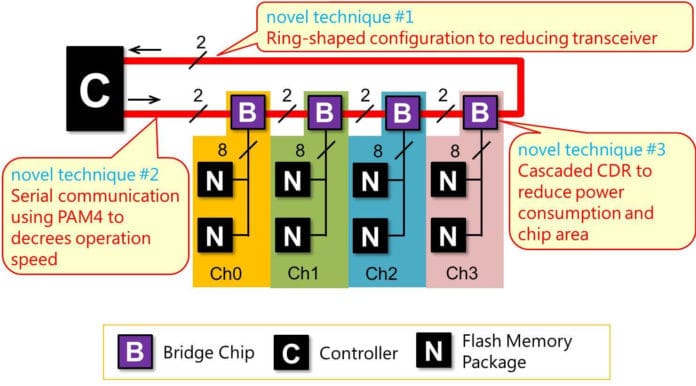 So as to expand limit, it is important to build the number of interfaces, however, that outcomes in an enormous number of fast signal lines associated with the controller, making it increasingly difficult to implement the wiring on the SSD board.

To overcome this problem, Toshiba Memory Corporation has recently developed a bridge chip that can potentially provide high-speed and large-capacity SSDs. Fabricated by using 28 nm CMOS process, the chip can offer a satisfactory performance of PAM 4 communication by all of the bridge chips and the controller at 25.6 Gbps 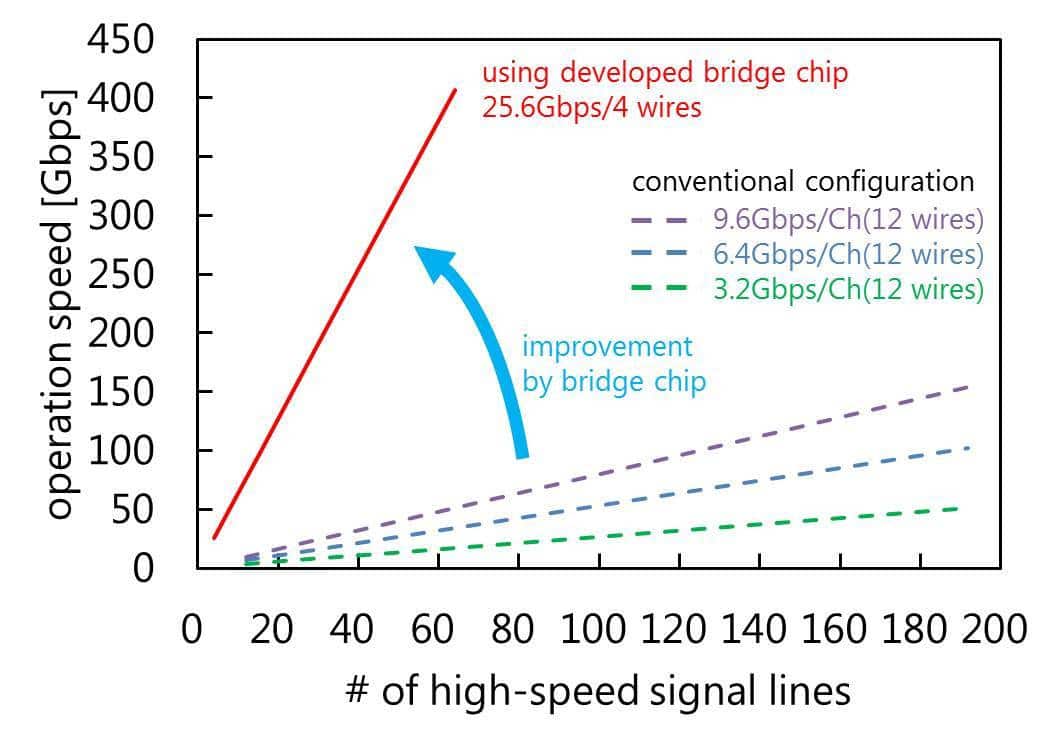 By using these techniques overhead of the bridge chips are reduced, and it is possible to operate a large number of flash memory chips at high speed with only a few high-speed signal lines.

A new CDR that utilizes the characteristics of PAM 4 to improve jitter characteristics eliminates the need for a PLL circuit in the bridge chip, which also contributes to a smaller chip area and lower power consumption. Using this bridge- chip, it is possible to obtain a BER of less than 10-12.

The company is further planning to continue the work toward achieving high-speed, large-capacity storage at levels not yet seen by further enhancing bridge-chip performance while reducing the chip’s area and power consumption.

This result was announced in San Francisco on February 20, at the International Solid-State Circuits Conference 2019 (ISSCC 2019).