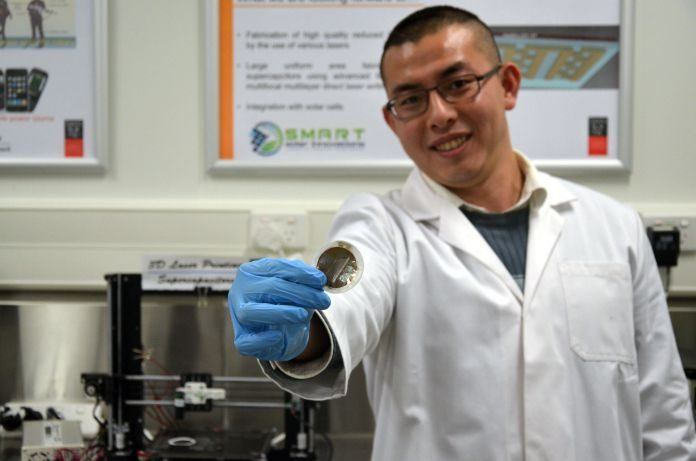 As I said earlier, different battery technologies are available nowadays. All electronic and portable devices use lithium batteries. The previous supercapacitor had low capacity to store energy. This was the major problem in supercapacitors. Thus, we all get frustrated due to lower performance of such batteries. But Scientists overcome this problem by using graphene, which has large space to store energy. Scientists from Swinburne University have developed a new flexible, energy-storage technology.

It is actually known as supercapacitor that could replace the batteries in cars, phones and more. This new super battery can store energy at per kilogram similar to a lithium battery. It uses carbon rather than lithium and takes few minutes or seconds to charge.

Lead acid batteries have a large demand in Australia. But it has some major drawbacks.

Some Key Features of This New Supercapacitor:

These new super batteries could be potentially built into clothing, or worn as a watch strap, to achieve a wearable power supply.