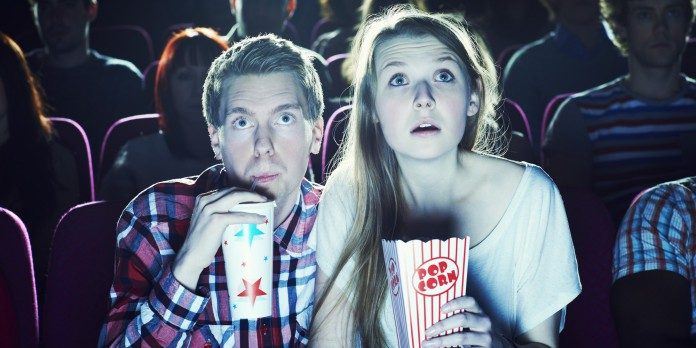 Action movies generally are great box-office hits. They come in the variety of forms like sci-fi or space, thrillers, crime drama, war, horror, westerns, etc. Action movies seem to be the exception. They dominate the summer, when school is out, and specialize in car chases, explosions, and fights. Additionally, a study suggests that people eat more food during action movies than other genres. Really?

Yeah, Action movies make us eat more. Because the excitement distracts them from what they are eating. Research suggests that the snack bowl sees a lot more action when TV viewers watch action movies. It simply means, whenever people watch an action movie, they almost ate twice as many snacks.

The study conducted by Cornell University point out some TV programs cause people to eat twice as much as other programs.

Lead author, Aner Tal, Ph.D., said, “We find that if you’re watching an action movie while snacking your mouth will see more action too. In other words, the more distracting the program is the more you will eat.”

During research, scientists involved 94 undergraduates in the study snacked on M&Ms, cookies, carrots and grapes while watching 20 minutes of television programming. Some students watched the Michael Bay thriller ‘The Island’, some watched the talk show ‘Charlie Rose’, and some of them watched ‘The Island’ without sound.

Dr. Anil explained the different snacking pattern. He said, “More stimulating programs that are fast paced, include many camera cuts, really draw you in and distract you from what you are eating. They can make you eat more because you’re paying less attention to how much you are putting in your mouth.”

This is Why Expensive Wine Tastes Better