Black Hole Entropy and Soft Hair was completed in the days before the physicist’s death in March. 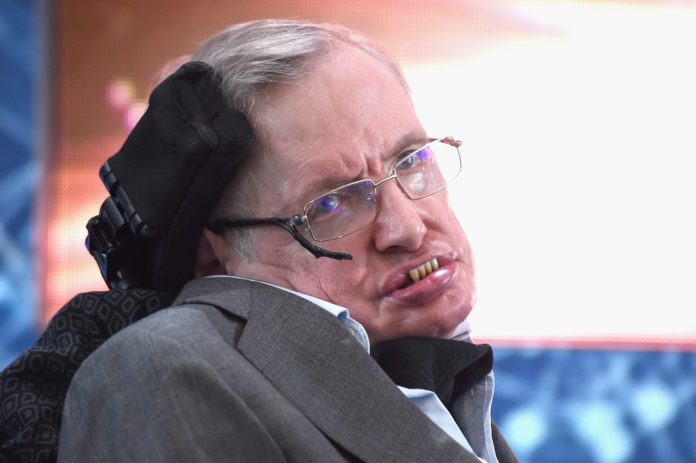 Stephen Hawking’s last scientific paper – which was finished days before the British physicist’s demise – has been composed and posted online by his partners at Cambridge and Harvard colleges.

The paper named BlackHole Entropy and Soft Hair handles with the end result for data when it falls into a blackhole, an issue that hypothetical physicists allude to as ‘the information paradox.

It was completed in the days before Hawking’s death in March, and has now been written up by his colleagues at and posted online.

According to co-author Malcolm Perry, a professor at Cambridge University, the information paradox was “at the center of Hawking’s life” for over 40 years.

In 1915, Albert Einstein published his theory of general relativity, which described how gravity arises from the spacetime-bending effects of matter. In this theory, Einstein made important predictions about blackholes too, notably that a black hole can be completely defined by only three features: its mass, charge, and spin.

After almost 60 years, Hawking claimed that black holes have a temperature. According to him, when hot objects exert heat into space, the ultimate fate of a black hole is to evaporate out of existence.

However, the rules of the quantum world dictate that information is never lost. So what happens to all the information contained in an object when it tumbles into a black hole.

In the last paper, Hawking and his colleagues showed how some of the information may be preserved.

Days before Hawking died, co-author Malcolm Perry was at Harvard working on the paper with colleagues. He was not aware of how ill Hawking was and called to give the physicist an update.

He said, “It was very difficult for Stephen to communicate and I was put on a loudspeaker to explain where we had got to. When I explained it, he simply produced an enormous smile. I told him weâ€™d got somewhere. He knew the final result.”

Any object that has a temperature also has an entropy’, Professor Perry wrote in an article in the Guardian.

“The entropy is a measure of how many different ways an object could be made from its microscopic ingredients and still look the same.”

“A black hole’s entropy – or internal disorder – can be recorded by these photons around the edge.”

“This information will be released by a black hole when it evaporates.”

“However, this does not resolve the paradox.”

What this paper does is show that ‘soft hair’ can account for the entropy,” said Perry. “It’s telling you that soft hair really is doing the right stuff.”

It is not the end of the information paradox though. “We don’t know that Hawking entropy accounts for everything you could possibly throw at a black hole, so this is really a step along the way,” said Perry. “We think it’s a pretty good step, but there is a lot more work to be done.”

Marika Taylor, professor of theoretical physics at Southampton University and a former student of Hawking’s, said: “Understanding the microscopic origin of this entropy – what are the underlying quantum states that the entropy counts? – has been one of the great challenges of the last 40 years.”

“This paper proposes a way to understand entropy for astrophysical black holes based on symmetries of the event horizon. The authors have to make several non-trivial assumptions so the next steps will be to show that these assumptions are valid.”

The paper has now been written up by his colleagues at Cambridge and Harvard universities and posted online.