A finding that may provide scientists with an explanation for the presence of extremely massive black holes at the earliest stage of our universe. 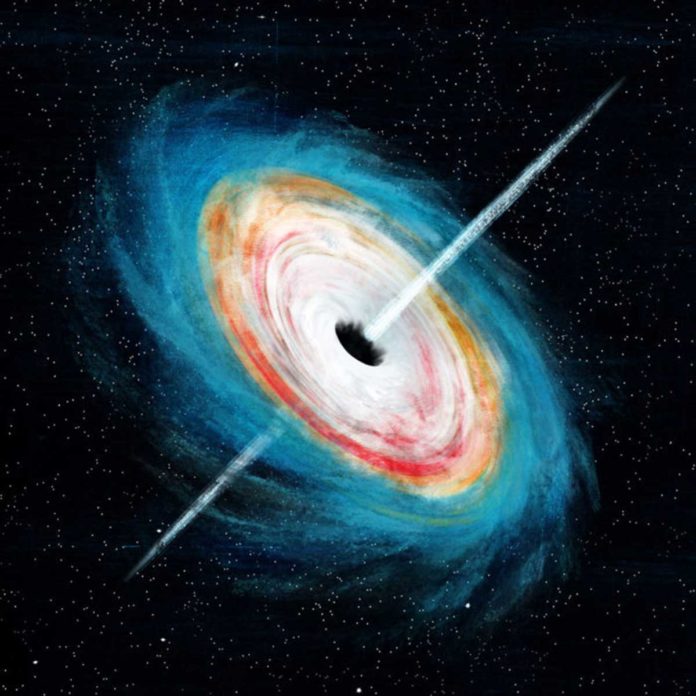 Some black holes such as stellar black holes are believed to form when the center of a very massive star collapses in upon itself. This collision also causes a supernova, or an exploding star, that blasts some portion of the star into space.

Now, scientists at the Western University offers evidence that some of the black holes didn’t originate from a star remnant. The discovery could provide an explanation of the presence of extremely massive black holes at the earliest stage of our universe.

Physics & Astronomy professors Shantanu Basu said, “This is indirect observational evidence that black holes originate from direct-collapses and not from stellar remnants.”

During the study, scientists created a mathematical model by quantifying the mass function of supermassive black holes that form over a limited period and undergo a rapid exponential growth of mass. The mass increase can be regulated by the Eddington limit that is set by a balance of radiation and gravitation powers or can even surpass it by a modest factor.

Basu said, “Supermassive black holes only had a short period where they were able to grow fast and then at some point, because of all the radiation in the universe created by other black holes and stars, then their production came to a halt. That’s the direct-collapse scenario.”

During the last decade, numerous supermassive black holes, a billion times more massive than the Sun, have been found at high ‘redshifts,’ which means they were in place in our universe inside 800 million years after the Big Bang. The nearness of these young and massive black holes question our comprehension of black hole formation and growth.

This new outcome gives proof that such direct-collapse black holes were delivered in the early universe.

Basu believes that these new outcomes can be utilized to deduce the development history of the supermassive black holes that exist at early times in our universe, and more work must be done to demonstrate their validity further.