Singularities could violate the law of conservation of charge

Throwing an ‘axion bomb’ into a black hole challenges the fundamental law of physics. 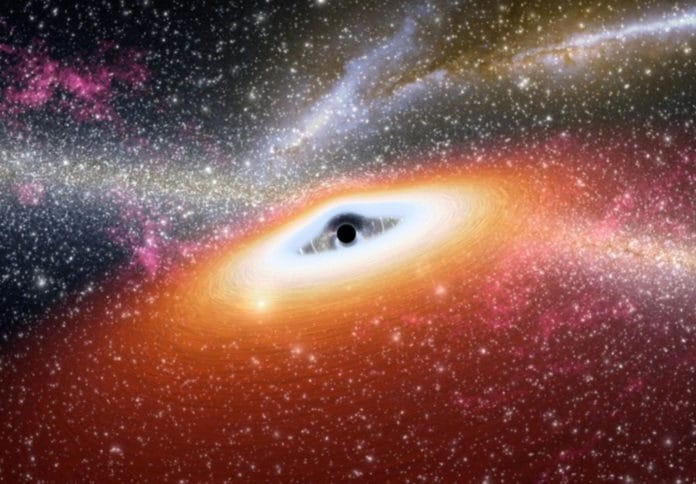 Singularities play an exciting role in physics and come in many different varieties. As the place where “physics breaks down” in a black hole, it was sensed that anything might happen at a singularity.

Physicists are interested in which laws could break down and how.

Scientists have shown that at a very small scale: when different particles are created or eliminated in experiments such as the Large Hadron Collider, the same amount of negatively and positively charged particles are always produced or destroyed, respectively.

Scientists modified classic physics equations to include axions. Doing so, scientists have shown that temporary singularities – such as black holes that appear and then later evaporate – could destroy charge when they come to the end of their life.

Later, by using differential geometry, the team found out how to create or destroy charge, violating the charge conservation of the Universe.

Co-author Dr. Jonathan Gratus from the Department of Physics at Lancaster University said: “You can imagine creating an ‘axion bomb’ that holds charge by combining coupled axion and electromagnetic fields, and then dropping it into an evaporating black hole. As the construction shrinks and disappears into the singularity, it takes an electrical charge with it. It is the combination of a temporary singularity and a newly proposed type of axion field that is crucial to its success.”

From the Department of Physics at Imperial, Co-author Dr. Paul Kinsler said: “There are also philosophical implications. Although people often like to say that physics ‘breaks down,’ here we show that although exotic phenomena might occur, what happens is nevertheless constrained by the still-working laws of physics around the singularity.”