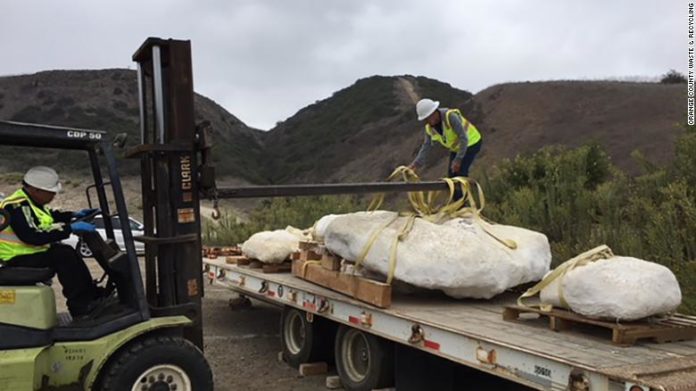 On June 29, 2018, a Paleo Solutions’ scientist watching development unearthing for the Prima Deshecha Landfill Project in San Juan Capistrano, California, detected an extensive bone that was uncovered in the Oso Member of the Capistrano Formation. Scientists believe a fossil found at a landfill in California belongs to an extinct species of whale that lived between 4 and 7 million years ago.

Paleontologists have preliminarily identified the bones as belonging to an extinct species of whale that lived during the late Miocene to the early Pliocene period. The area surrounding the bone was cordoned off, and additional paleontologists were mobilized to the site to assist as more bones were exposed.

Kristina Hamm, a spokeswoman with Orange County Waste & Recycling, said, “more bones were uncovered, including what appears to be a skull, lower jaw, snout, ribs, limb bones, scapula, humerus, and the clavicle.”

“The ear bones are particularly important in species identification, and since we have the entire skull of the whale we are excited to be able to accurately identify the species.”

The fossils are currently wrapped in a plaster and burlap jacket to stabilize the discovery during transportation from the landfill to a paleontological laboratory where they will be cleaned of surrounding sediment, stabilized, and identified. 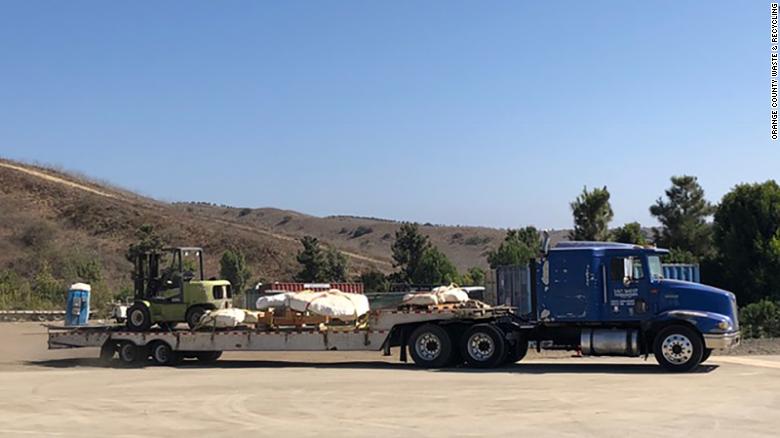 The full scientific value of the fossil is uncertain at this early stage of the process; however, the fossil is well preserved and, in combination with fossils previously recovered from the landfill, has the potential to provide new information on the paleoenvironment and biodiversity of the late Miocene and early Pliocene of southern California.