Scientists suggest mammals are unique in the makeup of their spines

The study examines how mammal backbones changed during evolution. 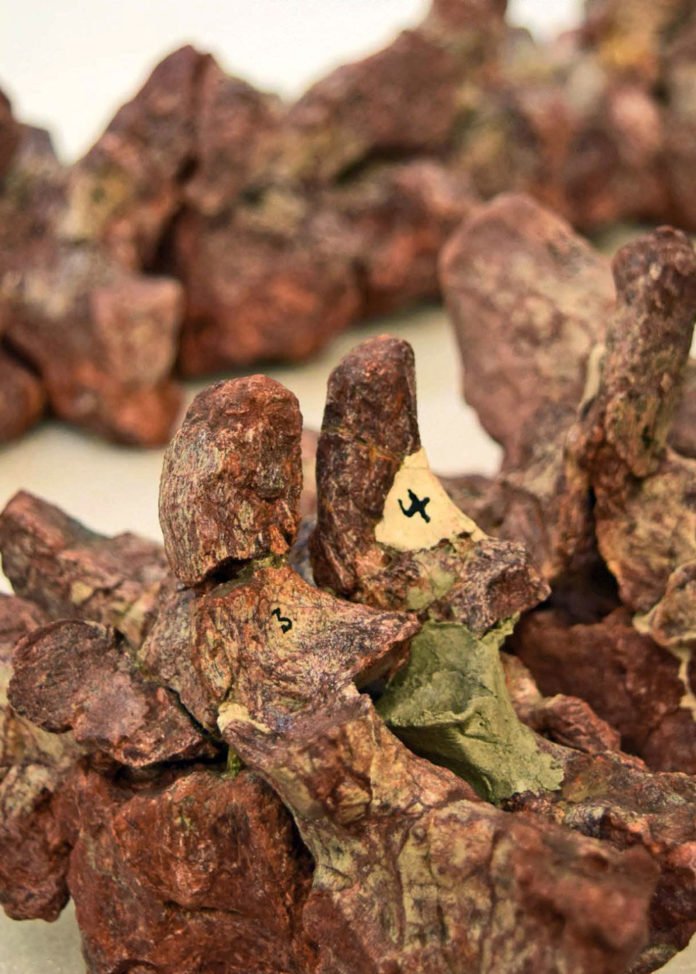 A study led by Associate Professor of Organismic and Evolutionary Biology and curator of vertebrate paleontology Stephanie Pierce and postdoctoral researcher Katrina Jones suggest that mammals are also unique in terms of the makeup of their spines.

There are some specific characters that make mammals special such as; they’re warm-blooded, have fur or hair, and nearly all are born alive. In addition to these scientists challenges the notion that specialization in mammal backbones dates back to the earliest land animals.

Pierce said, “The spine is basically like a series of beads on a string, with each bead representing a single bone — a vertebra.”

“In most four-legged animals, like lizards, the vertebrae all look and function the same. But mammal backbones are different. The different sections or regions of the spine — like the neck, thorax, and lower back — take on very different shapes. They function separately and so can adapt to different ways of life, like running, flying, digging, and climbing.”

Pierce and Jones decided retrospect the fossil record to comprehend those specialized regions. But studying fossils is challenging.

Jones, the lead author of the study, said, “There are no animals alive today that can record the transition from a ‘reptile-like’ ancestor to a mammal.”

“To do that we must dive into the fossil record and look at the extinct forerunners of mammals, the nonmammalian synapsids.”

Jones explained, “Fossils are scarce and finding extinct animals with all 25-plus vertebrae in place is incredibly, incredibly rare.”

To combat this problem, the researchers studied museum collections from around the world to investigate the most perfectly preserved fossils from some 320 million years ago.

To test if mammal regions were as ancient as previously thought, or if mammals were doing something unique scientists scrutinized dozens of fossil spines. Also examined more than 1,000 vertebrae from living animals, including mice, alligators, lizards, and amphibians.

Pierce said, “If vertebral regions had remained unchanging through evolution, as hypothesized, we would expect to see the same regions in the nonmammalian synapsids that we see in mammals today.”

During the study, the researchers compared the positioning and shape of the vertebrae and discovered something astonishing. They found spine gained regions during mammal evolution.

Around 250 million years ago, a new region evolved in close proximity to the shoulders and front legs, as dramatic changes began to appear in the forelimbs of animals known as nonmammalian therapsids. Scientists believe those simultaneous changes likely occurred in conjunction with changes in how creatures walked and ran.

Pierce said, “There appears to be some sort of cross talk during development between the tissues that form the vertebrae and the shoulder blade.”

“We hypothesize that this interaction resulted in the addition of a region near the shoulder as the forelimbs of our ancestors evolved to take on new shapes and functions.”

Later, a region emerged in the ancestor of modern mammals near the pelvis.

Pierce further added, “It is this last region, the ribless lumbar region, that appears to adapt most to different environments.”

That final step in building the mammal backbone may be linked to changes in Hox genes, the genetic blueprint for laying out spine regions early in development.

Jones said, “What I think is exciting here is that we’ve been able to make connections between changes to the skeletons of extinct animals and ideas from modern development and genetics.”

“This combined approach is helping us to understand what makes a mammal a mammal.”

Dena Smith, a program director in the National Science Foundation’s Division of Earth Sciences, said, “Mammals can be found on continents and in oceans around the world.”

“Looking into the ancient past, an early change in mammals’ spinal columns was an important first step in their evolution. Changes in the spine over time allowed mammals to develop into the myriad species we know today.”

The research is described in a September paper in Science.