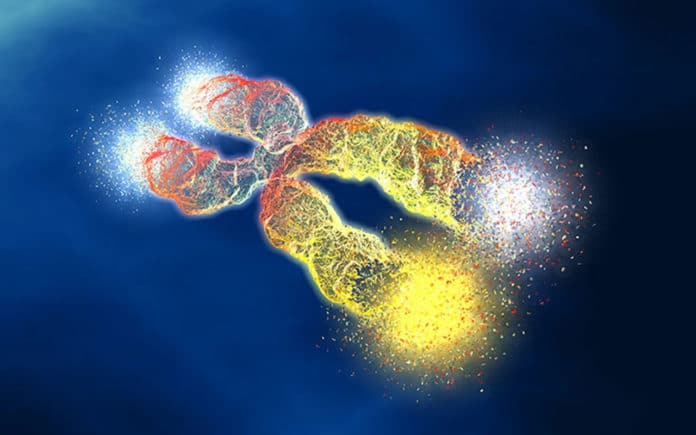 Supercentenarians (≥110-year-old, SC) are a uniquely informative population not only because they surpass centenarians in age, but because they appear to age more slowly with fewer incidences of chronic age-related disease than centenarians.

This elite group appears resistant to diseases such as Alzheimer’s, heart disease, and cancer that still affect even centenarians. However, it remains unknown whether why some people become supercentenarians and others do not.

In a new study, scientists for the first time reprogrammed cells from a 114-year-old woman into induced pluripotent stem cells (iPSCs). The study allowed scientists to embark on studies that uncover why supercentenarians live such long and healthy lives.

Evan Y. Snyder, M.D., Ph.D., professor and director of the Center for Stem Cells and Regenerative Medicine at Sanford Burnham Prebys, said, “We set out to answer a big question: Can you reprogram cells this old? Now we have shown it can be done, and we have a valuable tool for finding the genes and other factors that slow down the aging process.”

Scientists reprogrammed blood cells from three different people—the aforementioned 114-year-old woman, a healthy 43-year-old individual and an 8-year-old child with progeria, into iPSCs. They then transformed these cells into mesenchymal stem cells, a cell type that helps maintain and repair the body’s structural tissues—including bone, cartilage, and fat.

This uncovered that supercentenarian cells transformed as quickly as the cells from the healthy and progeria samples. As expected, telomeres—protective DNA caps that shrink as we age—were also reset.

Surprisingly, even the telomeres of the supercentenarian iPSCs were reset to young levels, much the same as going from age 114 to age zero. In any case, telomere resetting in supercentenarian iPSCs occurred less frequently contrasted with different samples—showing outrageous aging may make them last impacts that should be defeated for progressively effective resetting of cellular aging.

Now, scientists have defeated a key technological obstacle, studies can start that determine the secret sauce of supercentenarians. For instance, comparing muscle cells derived from the healthy iPSCs, supercentenarian iPSCs, and progeria iPSCs would uncover qualities of molecular procedures that are unique to supercentenarians. Drugs could then be developed up that either thwart these unique processes or imitate the examples found in the supercentenarian cells.

Snyder said, “Why do supercentenarians age so slowly? We are now set to answer that question in a way no one has been able to before.”

Among wild mammals too, most females live longer than males

Inflammation in the brain may be more widely implicated in dementias

Inflammation in the brain – known as neuroinflammation – has been recognized and linked to many disorders, including depression, psychosis, and multiple...
Read more
Lifestyle

To protect your brain, don’t be (too) kind!

Unmasking the diversity of amyloid fibrils

Breakthrough pathways can extend lifespan by 500%

If successful, the technology would be the first to actually reverse the disease.
Read more