Scientists now know why spider silk is stronger than steel

The unrivaled properties of silk fibers have been recognized to be intimately related to their hierarchical structure.

Spider silk is a remarkably strong material; the strongest naturally-occurring fiber known. Its tensile strength is comparable to that of high-grade steel.

Spiders normally use their silk to make structures, either for protection for their offspring or for predation on other creatures. Now, scientists know just how these silken strands get their power: through thousands of even smaller strands that stick together to form this critter’s clingy trap.

To discover how most spider silk is multiple times stronger than steel, researchers examined the silk that venomous brown recluse spider uses to make their ground networks and hold their eggs, utilizing an atomic force microscope. 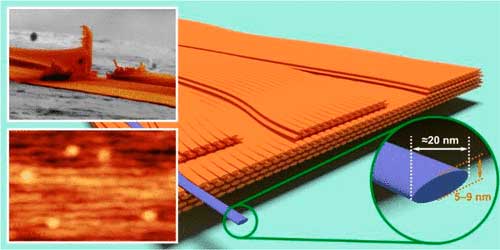 They discovered that each strand—which is multiple times stronger than a human hair—is really comprised of thousands of nanostrands, just 20 millionths of a millimeter in diameter.

Just like a tiny cable, each silk fiber is entirely composed of parallel nanostrands, which they measured to be at least 1 micron long. That may not sound very lengthy, but on a nanoscale, it’s at least 50 times as long as these fibers are wide—and researchers believe they could stretch even further.

During this study, scientists used the one of a kind silk of the brown colored loner creepy crawly, which, in contrast to most, is a flat ribbon rather than a barrel-shaped fiber, making it simpler to look at under the focal point of a powerful microscope.

Scientists noted, the flat ribbons and looping technique are not shared by all spiders, their study of brown recluse silk may be a window to exploring the stringy fibers of other species. Such studies could pave the way for creating new materials that could be used in medicine and engineering.

But synthetic spider silk has been notoriously difficult to create. In the meantime, researchers hope their work will help us unreel one of the toughest materials of the natural world.

The study is reported to last month in ACS Macro Letters.

Scientists translated the structure of a spider web into music