Scientists measured the popping sound of a bursting soap bubble

Understand the mechanics of bubbles popping. 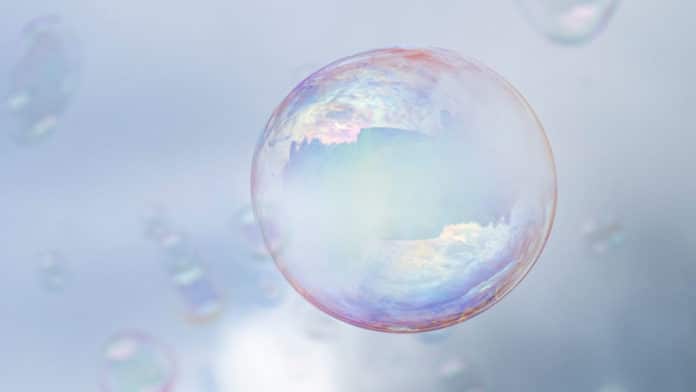 As scientists try to comprehend the procedures that are involved in significant events, for example, volcanoes erupting, they frequently go to smaller events that have similar properties. However, they are a lot simpler to consider. Right now, scientists hoped to more readily comprehend the mechanics of bubbles popping and ways the action can be estimated.

To gain a better perspective on bubble popping, scientists from Sorbonne Université and the University of Lille have measured the sounds that occur when a soap bubble pops. For this purpose, they created an environment where bubbles could be created and popped on demand. They also filmed the action using high-speed cameras and recorded the noises that were emitted using sensitive microphones.

Scientists observed the bubbles popping in slow motion. They also saw the burst began with the initial rupture.

As the rupture continued, the film that made up the walls of the bubbles began to retract along the boundary where the walls once existed. As they did so, the film grew thicker as it absorbed more of the material that had made up the bubble walls.

And as the walls retracted, the air inside the bubble was pushed out. This was because the air inside of a bubble is held under a small amount of pressure due to the capillary forces arising from surface tension. Eventually, the walls all gave way, and the liquid fell back into the soapy solution used to make the bubbles.

Scientists also found that when a hole was created in the bubble, the forces that held it together became unbalanced, bringing about the rim encompassing the hole retracting and making the hole widened. The final product was a force on the air just outside of the bubble, with strength relying upon the size of the hole as it grew.

When scientists listened to the recordings, they found that when a hole was created in the bubble, the forces that held it together became unbalanced, resulting in the rim surrounding the hole retracting and making the hole widened.

The result was a force on the air just outside of the bubble, with strength varying depending on the size of the hole as it grew. Also, by listening to the recordings, the scientists found they were able to make out two distinct sounds: the walls retracting and the air rushing out of the bubble.

Then, by using the sounds they had recorded, they developed a model that could be used to predict the thickness of the bubble walls, where the rupture had been located on the bubble and several other properties of the initial bubble.

The study is published in the journal Physical Review Letters.

Cold could alleviate the symptoms of multiple sclerosis

Scientists discovered an infant planet in a stellar nursery

Our solar system may be surrounded by a tunnel-like structure