Scientists identified a specific mechanism of a blood-clotting protein

The discovery could lead to new antithrombotic drugs. 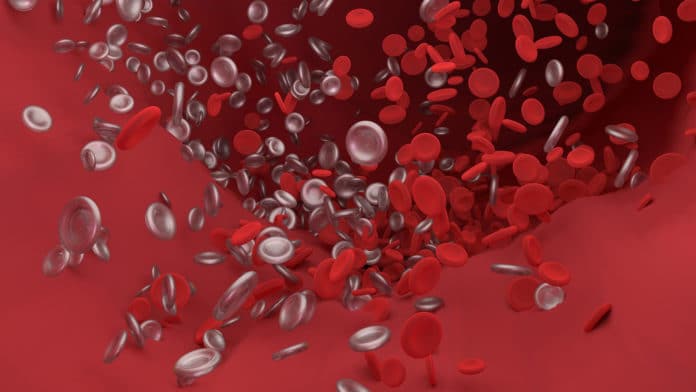 Blood contains many proteins that help the blood clot when needed. One of these proteins is called von Willebrand factor (VWF).

The VWF in the blood attaches to platelets. This helps the platelets stick together to form a clot at the injury site and stop the bleeding.

An essential feature of vWF is that it remains non-reactive towards platelets most of the time in circulation. However, at bleeding sites, vWF can be activated almost instantly to achieve platelet adhesion and blood clot formation.

According to X. Frank Zhang, associate professor in the Department of Bioengineering at Lehigh University, Caplacizumab is the only drug that targets vWF. It treats thrombosis or excessive blood clotting disorders. The drug works by binding to vWF and blocking it from binding to platelets. However, no one has understood the specific mechanism behind how it accomplishes this.

Fortethe first time, Zhang and his colleagues from Emory University School of Medicine and the University of Nottingham have identified the specific structural elements of vWF that bind with platelets and initiate clotting. A particular unit called discontinuous autoinhibitory module, or AIM, is an excellent site for new drug development.

Zhang said, “The AIM module allows the vWF molecule to remain non-reactive in normal circulating blood and activates the vWF instantly upon bleeding. In our research, we identified Caplacizumab works by binding the AIM region of vWF and enhancing the force threshold to mechanically remove vWF’s autoinhibitory structures, opening up a new avenue to the development of antithrombotic drugs targeting the AIM structures.”

In normal circulating blood, the AIM wraps around the A1 and prevents the A1 from interacting with platelets. However, the blood flow pattern change at the binding site leads to enough hydrodynamic force to stretch the AIM and pull it away from the A1, allowing the A1 to grab platelets to the bleeding site.

Zhang says that “before conducting the study, the team suspected that they would find an autoinhibitory module, given previous research by co-corresponding author Renhao Li at Emory.”

“However, we did not expect this inhibitory module to play such an essential role in vWF. It not only controls the vWF activation for platelet interaction but plays a role in triggering some types of von Willebrand disease, a hereditary bleeding disease affecting one percent of the human population.”

Microplastics found in human blood for the first time

A new type of human cell created in the lab

Astronomers identified the most distant globular clusters ever discovered