Scientists have Discovered a Potentially Suicidal Problem with Going to Mars 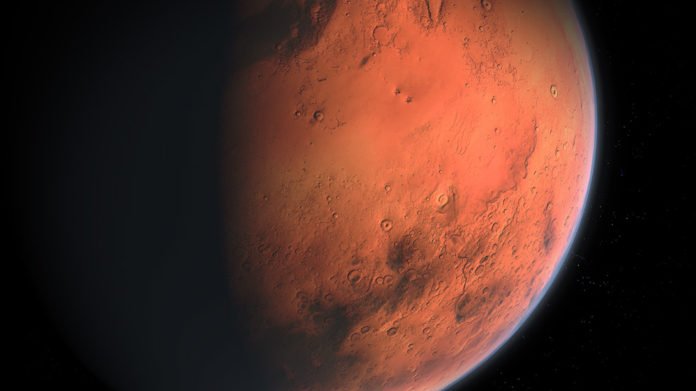 Nasa wants to have humans on Mars in the next few decades. They are planning human colonies on the Red Planet by the 2030s.

Similarly, China plans to send people to Mars in the mid of 2020’s and 2030’s. Even SpaceX founder Elon Musk has set the goal of reducing the cost of spaceflights for going to Mars. But if a study of radiation exposure in mice has any bearing on humans, it may make Mars mission more dangerous.

According to a study, the problem lies in cosmic rays. The cosmic rays are extremely atomic and can explode stars, black holes, and other power sources in space. In cases of humans, the rays can afflict DNA and overall nervous system.

No doubts, astronauts face higher radiation exposure. And on Mars, it’s like an open season for cosmic rays.

Medical scientists Frank Cucinotta and Eliedonna Cacao at the University of Nevada Las Vegas detected this problem while examining previous studies of tumors in mice.

Scientists observed the effects of cosmic rays after a hit on the cells. They also looked for how secondary or “non-targeted effects” might play a role.

While evaluating the results, they found is a risk of cancer in deep space. At least in one mouse, the risk is about two times higher. Researchers think that this may be because of damaged DNA.

When the ray damages the cell, it also evokes other cells to get infected by a disease.

Cucinotta and Cacao said, “Previous models hadn’t really accounted for this domino effect. Even more worrisome, the type of radiation responsible for causing the effect was “only modestly decreased by radiation shielding.”

He noted, ‘significant differences’ exist between mouse-model cancer rates and those actually seen in people.”

“These differences could limit the applicability of the predictions described in this paper,” they wrote. This knowledge gap is precisely why future deep-space explorers and their respective agencies should exercise caution.”

“Studies are urgently needed prior to long-term space missions outside the protection of the Earth’s geomagnetic sphere.”