Scientists established relationship between brightness and diet of black holes

Determining the rate of variability in the light emitted by material being swallowed by supermassive black holes. 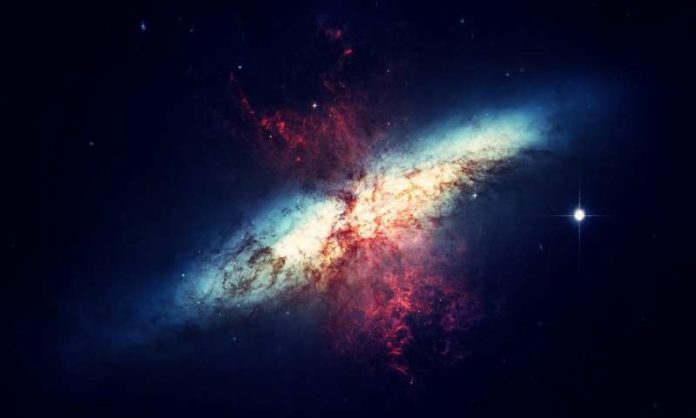 Scientists at the Universidad de Chile have determined that the rate of variability in the light emitted by the material being swallowed by supermassive black holes in nuclei of active galaxies. This suggests the accretion rate of black holes that is, how much matter they are eating.

Paula Sánchez-Sáez, a doctoral student in the Department of Astronomy said, “The light emitted by the material that is falling (its brightness) changes a lot over time, without a stable pattern, so we say that they show variability. We know that it varies, but we still do not know clearly why. If one observes other objects, such as stars or galaxies without active nuclei, their brightness is constant over time, but if we look at galaxies with active nuclei their brightness rises and falls, and is completely unpredictable.”

Scientists studied how the amplitude of this variety in the emitted light (or in straightforward words, the amplitude of the variability) is connected, with the normal luminosity transmitted by the AGN, the mass of the supermassive black hole, and the AGN accretion rate.

Paulina Lira, an academic from the Department of Astronomy of the Universidad de Chile said, “This is nothing but how much material is falling into this supermassive black hole. So if it is on a diet, or if it is swallowing a lot or if it does not fit anymore in his mouth… that will determine if they very much or little. And what we detect is that the less they swallow, the more they vary.”

Paula Sánchez-Sáez, first author of the study said, “the importance of this discovery is to try to elucidate what is the physical mechanism behind this variability, one of the most inherent characteristics of the active galactic nuclei. The results obtained in this study challenge the old paradigm that the amplitude of the AGN variability depended mainly on the luminosity of the AGN. This was believed because measuring the mass of black holes is not always possible, so the measurement of accretion rates could only be done accurately for a few objects, but with the SDSS data it was possible to measure these physical properties for a sample of the order of 2,000 objects, which were also observed by the QUEST-La Silla AGN Variability Survey.”

Paula said, “Another very important property is the timescale of the variability of these objects. To measure this property accurately we need to have light curves with a coverage of more than 10 years. So we must wait until future surveys, such as the Large Synoptic Survey Telescope (LSST), provide more photometric data, so we can combine these data with our data from QUEST-La Silla AGN variability survey to extend our light curves to an order of 20 years.”

The study is published in The Astrophysical Journal.