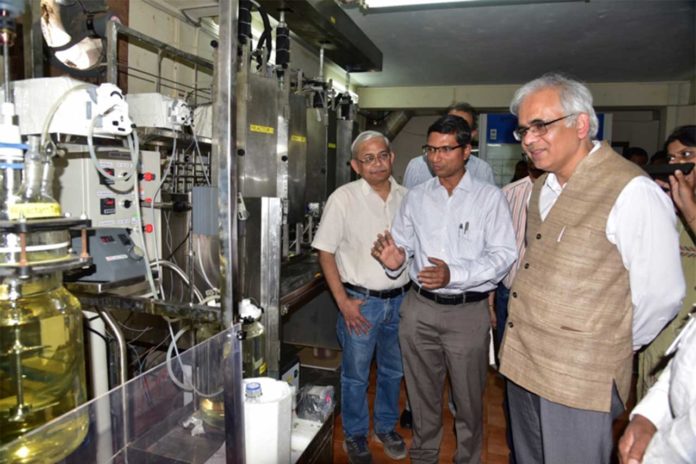 The importance of nanowires has been steadily increasing in the development of various nano-electronic devices, ranging from conductor inks used in electronic circuit manufacturing to the production of touchscreens and infrared shields. Researchers at National Chemical Laboratory (NCL), Pune have developed an inexpensive technology for the manufacturing of precision silver nanowires that can be used in future nano-electronic devices.

The pilot plant at CSIR-NCL can produce as much as 500 grams a day and is scalable to any desired production rates. The international market price of silver nanowires of different sizes (20 to 100-nanometer diameter) varies from Rs. 18,000 to Rs. 43,000 per gram. The silver nanowires produced from this technology are at least 12 times cheaper than the global rates. Also, the process can be adjusted to manufacture a wide range of nanowires suitable for a variety of applications.

“The method of this synthesis is known chemistry but it was possible using different control parameters in the lab. The purpose was to create a technology that will compete with the world and get into the field of electrical chemicals” said Dr. Amol Kulkarni, lead researcher at Chemical Engineering and Process Development Division, NCL.

India has been importing silver nanowires for all its needs. The technology will help the manufacturing of precision material on a large scale. Patents have been filed to protect the technology and the product has been tested for various applications including conducting inks in various forms.

Dr. Mande said, “The global market for the silver nanowires is very large. There are ample opportunities for nanowire manufacturers as there are very few producers in this sector. This initiative of CSIR will proactively enter in this large space of long-term relevance”.

This technology development was carried out under the Advanced Manufacturing Technologies (AMT) initiative by the Department of Science and Technology (DST). (India Science Wire)