The next generation of robotic birds. 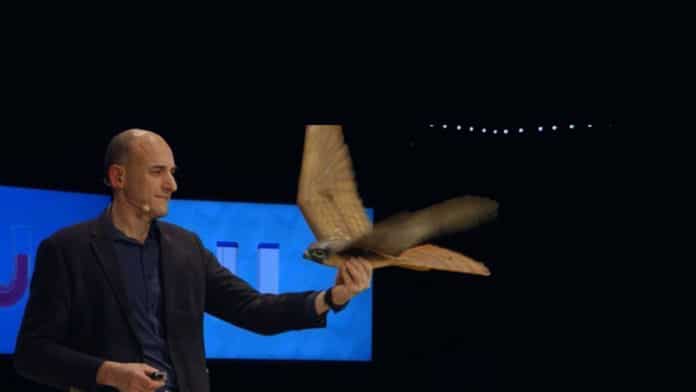 Scientists at the University of Twente have developed the first robotic birds, like the RoBird that are flying and operational right now. All things considered, taking off and landing like a flying creature or uneven wing fluttering are impractical yet.

Sharing Leonardo da Vinci’s fantasy, Professor Stefano Stramigioli needs to build up another hypothesis on fluttering flight, prompting the up and coming age of mechanical feathered creatures. For this, he got an Advanced Grant of the European Research Council, worth 2.8 million euros.

The straightforwardness with which winged creatures are flying, made Leonardo da Vinci dream of machines that could do likewise, as of now in the fifteenth century. Planes, with their settled wings, function admirably however this is a diluted form of the genuine article: fluttering flight.

Imitating the developments of feathered creature’s wings, considering the mind-boggling wind current, is an alternate story. The RoBird, created in Stramigioli’s gathering, is a noteworthy advance forward. This is a mechanical bird of prey that is monetarily accessible through the turn off organization Clear Flight Solutions. It effectively won the European Technology Transfer Award.

In his new research project, Stramigioli wants to go much further: “We still don’t understand the 3D flow dynamics well enough. How to control this dynamics and design robots that can deal with it, is the next step. What we can’t do yet, is taking off and landing like a bird does, flying with asymmetrically flapping wings or automatically adapt to flow.”

The development of the next generation of robotic birds starts with new theoretical insights. Stramigioli wants to use the so-called port-Hamiltonian system theory for this: it offers a powerful way of combining several physics domains and control theory, needed for describing what happens at the wing surface, for example. Based on the new insights, Stramigioli wants to test wing parts in the wind tunnel. The ultimate goal of his five year project is a new robotic bird.