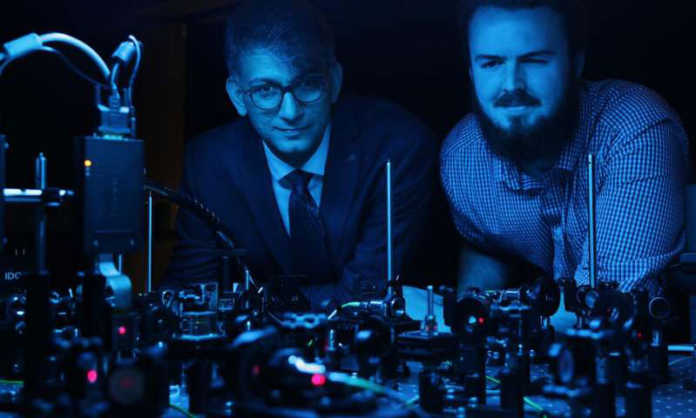 Quantum information has been around us for a long time. The certain aspects of classical cryptography are threatened by quantum computing. So its mechanics also allows for a new type of highly secure cryptography. By taking advantage of it, scientists from the University of Ottawa in Canada have developed the first ever quantum cloning machine that will protect quantum computing networks. This quantum cloning machine can interrupt the secure message that will help to provide clues for next-generation computers from hacking attacks.

“Once we were able to analyze the results. We discovered some very important clues to help protect quantum computing networks against potential hacking threats.”

Protecting traditional computer systems, which use zeros and ones, from hackers is not a perfect science. Quantum systems defeat the purpose of an initial hack if it founds an attempt to copy the transferring information.

For the first time, scientists are able to clone the photons that transmit information. They are nothing but the single carriers of light called as qubits. As it suggests, the clones are the almost reflection of the original information.

In addition, researchers also examined a perfect way of transferring secure information. They even revealed promising clues into how to protect against such hacking.

According to scientists, the quantum hacking efforts could be used to study quantum communication systems, or more generally to study how quantum information travels across quantum computer networks.

A peculiar state of matter in layers of semiconductors