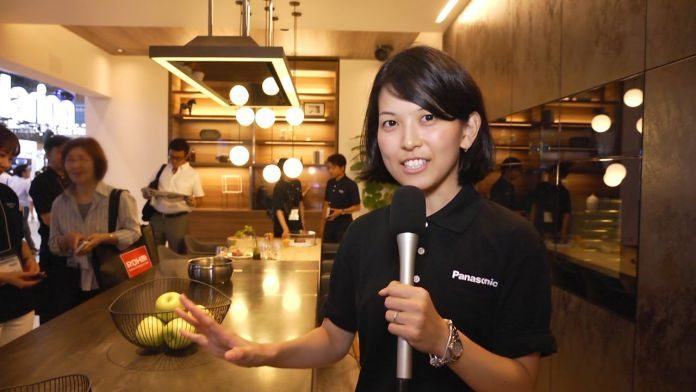 Nowadays, flat screen TVs used to enable people to see content. It enhances your viewing pleasure. Although, there is not a whole lot to get excited about in the world of televisions. But how about by making it almost invisible when you’re not using it? Now, Panasonic has been improving its new transparent and invisible television since unveiling it at the Consumer Electronics Show.

Now, Panasonic develops a new prototype. When switched on, it is just like a normal TV. When switched off, it is like transparent glass. That means you can see the wall or shelving behind. At first glance, it looks like a glass pane in a sliding door.

According to Panasonic team, it is the future of display screens. The screen of this invisible television is made from a fine mesh embedded in a glass panel.

The wonderful thing is, you can slide the panel around too, where TV performs double duty glass panel of a cabinet. And therefore, you even can easily get at shelves behind it, or adjust the height of the display depending on who’s watching.

The screen also uses the latest OLED (organic light-emitting diode) technology. And therefore, each pixel lights itself instead of being lit from behind. This material does not need a backlight and filters, unlike LCD displays. It makes them more efficient, easier to make and much thinner. Additionally, OLED technology uses less power, that’s why panels like this can be so thin. Thus, various scientists are now trying to develop flexible OLED screens that you can bend or even roll away.

According to the company, “This invisible television looks more transparent when switched off, and brighter when switched on. Panasonic’s marketing spiel envisions people using the display to control smart home devices, play music, or maybe even set the mood with a series of themed images.”

According to company representatives, it looks like it won’t be ready to buy for another three years or so. Hopefully, it will give some time to engineers to save up for it.

Breakthrough LED Technology Could Triple the Resolution of Display Units