Obesity could enhance cancer development while aspirin might prevent it ­­— a new insight into potential targets for cancer prevention. 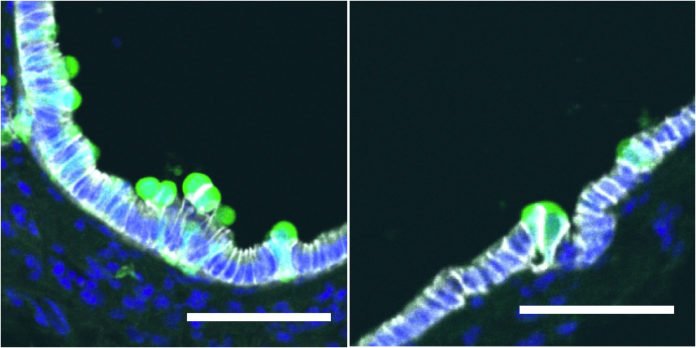 In recent years, several researchers have focused on obesity as a potent cancer risk factor. Scientific shreds of evidence have suggested that obesity was associated with increased risk for a plenty of different types of cancer. But its role in cancer initiation has been uncertain.

“Epithelial” cells coating the surfaces of organs have the characteristic capacity to expel possibly threatening cells from their middle. This is known as the “epithelial defense against cancer” mechanism. Ordinarily, the phones sense hurtful cells and drive them out by the procedure called cell rivalry.

Feeding the Ras mice high-fat diets, resulted in severe obesity, suppressed the defense mechanism and therefore increased the number of Ras-transformed cells remaining in the tissue.

This suppression was found in the digestive system and pancreas, yet not in the lungs. Besides, after a month the Ras-changed cells built up a tumor in the pancreas of mice with the high-fat eating regimen. The outcome bolsters past connections made amongst intestinal and pancreatic disease and corpulence, however not lung cancer.

Yasuyuki Fujita of Hokkaido University who led the study said, “This is the first report to show that obesity and chronic inflammation can influence the competitive interaction between normal cells and transformed cells. It implies other factors such as infection, smoking, sleeping patterns and aging may also affect cell competition.”

The study was published in the journal Cell Reports, April 24, 2018.

DON'T MISSLabelling alcoholic drinks as lower in strength could encourage people to drink more, study
UP NEXTNoninvasive brain tumor biopsy on the horizon

Breathing dirty air could boost the risk of obesity, study

Air pollution has a significant impact on population health and has been identified as the fifth leading risk factor for mortality worldwide....
Read more
Health

A new study, recently published in the Journal of Internal Medicine, sought to determine the association between the risk of fracture after...
Read more
Health

Low-cal sweeteners? Are they better or worst?

There is a consensus that overconsumption of sugar-sweetened beverages adds to the predominance of obesity and related comorbidities; for example, type 2...
Read more
Health

Premature birth is common. Between 5 and 10% of all kids in the world are born prematurely. Most children will develop and...
Read more
Health