Researchers from Boyce Thompson Institute have demonstrated a new system i.e., repair system in algae. Through this repair system, algae can produce new tools for biotechnology. It could possibly get controlled to allow proteins to become active only in the light.

Various proteins consist of additional sequences i.e., insertions, which disturbs their function. But, this research discovers, the algae Chlamydomonas reinhardtii has an important toolkit for repairing proteins by discarding these insertions. The system just uses chloroplast extracts and light to deliver an interrupting sequence from a protein. 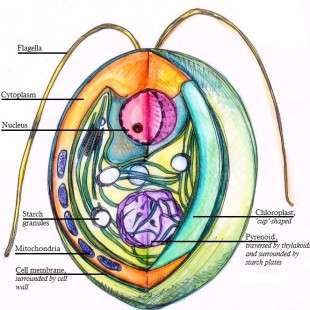 arch specialist Stephen Campbell discovered this new repair system. He discovered this system during purifying a protein from the chloroplasts of C. reinhardtii that can cut RNA. Above protein sequencing, he detects it is similar to RB47. RB47 is a protein that that was not popular for having any RNA-spliting ability. He observed, the centre of the protein is absent. When the protein sequence was compared with his corresponding gene sequence, the protein was much shorter than expected.

Because of insertion takes place, these type of repair system has applications in agriculture and biotechnology. It will also become useful for producing cancer-fighting drugs.

In future, the researchers plan to explore exactly how the insertion becomes tied out of the protein and which plant factors promotes its removal. They also want to understand the intention of the insertion. Additionally, they want to know whether the algae can control the splicing to respond to changes in the environment.