A tool that could be used to monitor the strains within a culture with high resolution, in order to maintain cheese quality. 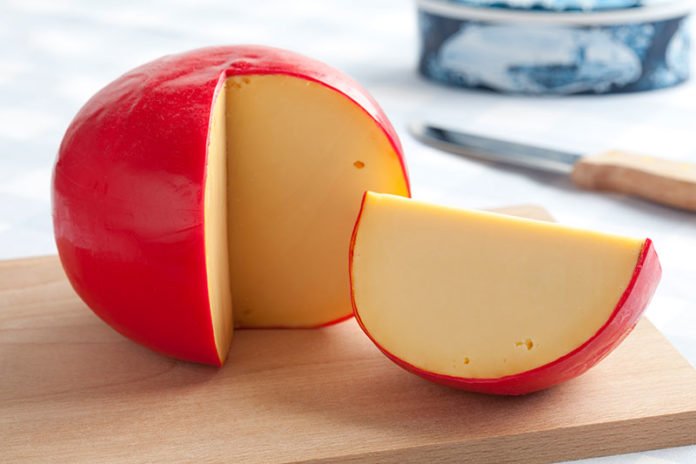 In order to maintain the frequently fluctuating cheese quality due to changes in strain composition within a culture, a team of Norwegian investigators has developed a tool that could be used to monitor the strains within a culture with high resolution.

Quality typically falls when bacterial strains in starter cultures become infected by viruses called bacteriophage. This is particularly problematic in industrial cheese production, which uses “frozen batch inoculum,” according to the report. Unlike traditional “back-slopping” methods, in which samples from previous cheeses are used as starter cultures, frozen batch inoculum ensures that the bacteria, and thus the cheese product, will not vary.

Dr. Holo said, “The tool could identify strains that are most important to cheese quality. Then, those strains could be engineered to resist phage, or other strains having a similar influence on taste and cheese quality, with less phage susceptibility, could substitute for those that are less resistant to phage.”

The tool that researchers developed is the use of next-generation sequencing to sequence a gene called epsD. This is a protein that manufactures exopolysaccharide, an important compound made largely of sugars that sits on the outer surfaces of cells. It is thought to be involved, among other things, in resisting phage.

In the study, the investigators isolated more than 200 strains of bacteria from three commercial starter cultures. From these, they sequenced the genomes of 95 strains. They then searched for the most variable gene that was present in all strains. The purpose was partly because such a gene could be used to determine how diverse the strains are (important information about starter cultures).

The relevant gene was epsD, and it was present in 93 of the 95 strains. Each strain’s epsD is slightly different from all of the others, and thus, the strain can be identified from the epsD sequence.

Additionally, the tool can quantify the number of epsD sequences from a given strain, which enables determining the number of bacteria of that strain that are present.

Dr. Holo said that is important because “The loss of abundance or disappearance of an epsD sequence indicates that something has gone wrong, That could be a phage attack.”

According to the report, mixed starter cultures used in the production of Dutch type cheeses are composed of undefined mixtures of certain subspecies of Lactococcus lactis, and certain species of the genus, Leuconostoc.

From a scientific point of view, “The high degree of sequence variation of epsD represents evolutionary diversification, indicating a history of selection pressure.”

Dr. Holo said, “Much of that selection pressure likely occurs when bacteriophage infect one or a few of the strains (Bacteriophage are very specific, in that a certain bacteriophage will only infect a limited number of bacterial strains).”

“Bacteriophage are likely the ultimate cause of much of the fluctuation in quality that occurs in cheese cultures.”

Dr. Holo suggested that the “The presence of phages would be a driving force for keeping and not losing the [epsD] genes. The evolutionary diversification of epsD might reflect a long history of exposure to phages with different specificities.”