The project allows scientists to see a continent in high resolution. 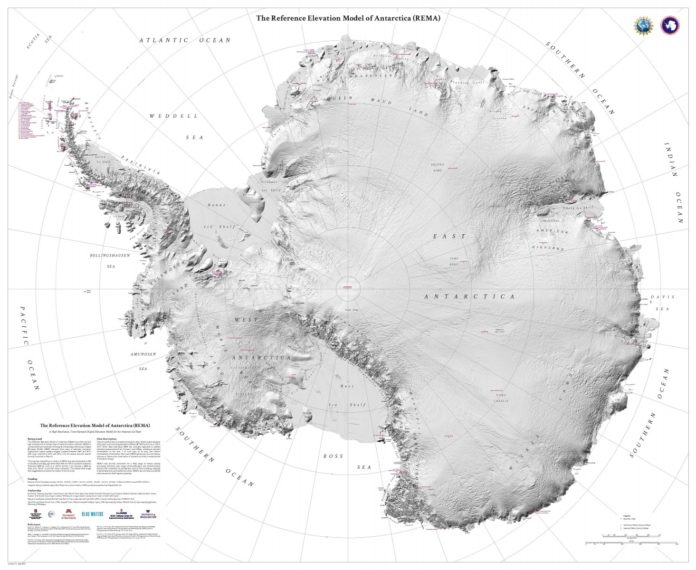 Scientists created this map for a project called The Reference Elevation Model of Antarctica (REMA). This map is the highest-resolution terrain map by far of any continent. It has a resolution of 2 to 8 meters, compared to 1,000 meters, which was typical for previous maps.

Ian Howat, project head said, “The map and associated images and data will change science in Antarctica, especially as it is updated. At this resolution, you can see almost everything. We can actually see variations in the snow in some places. We will be able to measure changes in the surface of the continent over time.”

In order to determine the stability of Antarctica’s massive ice sheets, particularly the West Antarctic Ice Sheet that has been losing mass, scientists need accurate maps of the ground the ice is resting on. Improvements in mapping could enable researchers to narrow the range of uncertainty regarding future sea level rise from Antarctic ice melt.

The project started with pictures taken from a constellation of polar-orbiting satellites that passed over areas of Antarctica a normal of 10 times to take photos.

Notwithstanding the pictures, the REMA project required programming created by Howat and M.J. Noh of the Byrd Center that prepared the information on high-performance supercomputers.

The software automated the assembly of overlapping pairs of high-resolution satellite images. Well, the total file size is more than 150 terabytes or 150,000 gigabytes. Moreover, it will allow scientists to plan some trips over the treacherous terrain of the continent.

Howat said, “We had to start from scratch to build this. The software had to filter the data, process it, and turn it into a refined product for the scientific and broader community to use.”

How do you know where volcanic ash will end up?
Read more
Science

Diets of early lizards and snakes were more varied and advanced, study