New EXPRES instrument ready to find the next Earth analog

Enabling the detection of small, rocky planets around nearby stars.

Yale scientists represent a new, ground-based spectrometer that will help to identify Earth-sized planets in neighboring solar systems. The instrument dubbed as Extreme Precision Spectrometer (EXPRES) will also enable the detection of small, rocky planets around nearby stars by improving precision by 10 times.

Astronomers have identified thousands of new planets in the past few years, none are analogs of Earth. Understanding which planets are comparable in size to Earth and circling at separations from their host stars where water is probably going to pool into lakes or seas will be basic in the look forever somewhere else in the universe.

Yale professor Debra Fischer, whose team designed EXPRES said, “Up until now, the only planets we could detect with ground-based spectrographs were the bigger ones, the Saturns, and Jupiters. We know the smaller planets are out there, but they’ve slipped through our nets.”

“The future trajectory of exoplanet research depends critically on how well we improve radial velocity precision in spectrometers today.”

For EXPRES, Fischer worked with Jessi Cisewski, an assistant professor of statistics and data science at Yale, to develop software that disentangles subtle noise sources in the stellar spectrum. 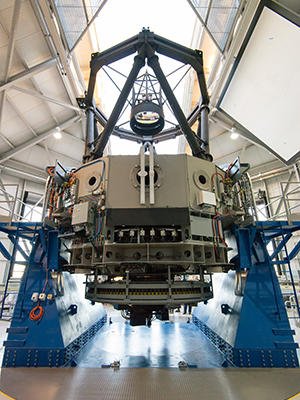 Fischer said the result should be quite telling. “It’s equivalent to the difference between early digital cameras from 10 years ago and the latest smartphone photography.”

With EXPRES up and running in Arizona, and the similarly advanced ESPRESSO spectrometer built by Swiss astronomers in Chile, Fischer and other exoplanet researchers are preparing for a wealth of new data that might dramatically advance the search for extrasolar life.

EXPRES was funded by an instrumentation grant from the National Science Foundation.

Crab’s eyes offer a view of the ancient world

COVID-19 vaccination during pregnancy is not linked with preterm birth