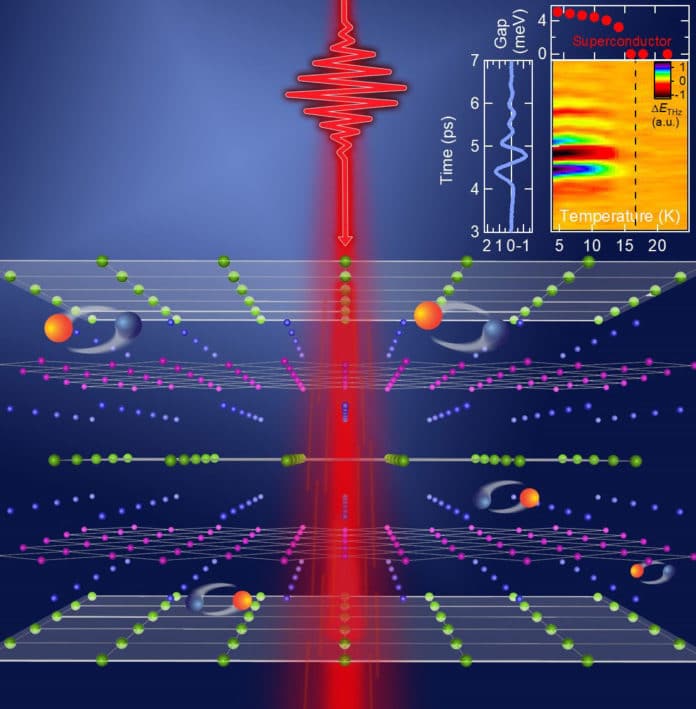 A team of Physicists at the U.S. Department of Energy’s Ames Laboratory and theoreticians at the University of Alabama Birmingham have recently found a strikingly extensive new state of matter in an iron pnictide superconductor. It uncovers a laser-actuated formation of collective behaviors that contend with superconductivity.

To have closed observation, scientists used terahertz spectroscopy technique that uses laser pulses of less than a trillionth of a second. Moreover, the technique can be thought of as “laser strobe photography” where many quick images reveal the subtle movement of electron pairings inside the materials using long wavelength far-infrared light.

Using the technique, scientists could determine real-time dynamics and fluctuations much better. This will additionally help them develop better superconducting electronics and energy-efficient devices.

Jigang Wang, Ames Laboratory physicist, and Iowa State University professor said, “Superconductivity is a strange state of matter, in which the pairing of electrons makes them move faster. One of the big problems we are trying to solve is how different states in a material compete for those electrons, and how to balance competition and cooperation to increase the temperature at which a superconducting state emerges.”

The study is published in the Physical Review Letters.

Two superconductors in one material

New technique guides humans when to trust an AI