Males of most animal species die earlier than females because their smaller Y chromosome is unable to protect an unhealthy X chromosome. 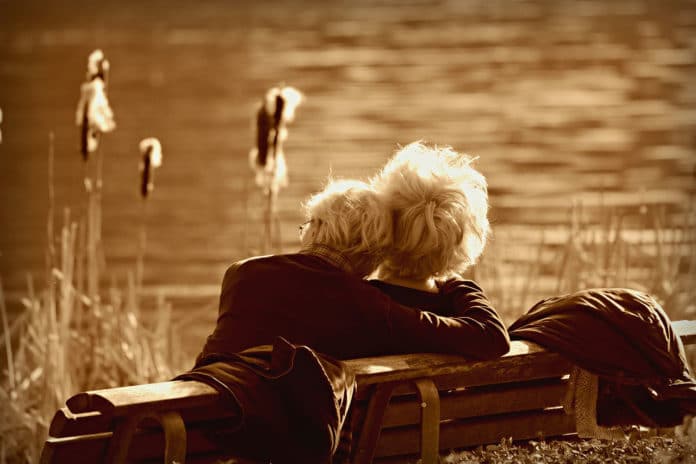 On average, women live longer than men. 57% of all those ages 65 and older are female. By age 85, 67% are women. The average lifespan is about five years longer for women than men in the U.S., and about seven years longer worldwide.

A popular theory on ‘Why men die younger than women’ because they tend to take more significant risks, have more dangerous jobs, drink and smoke more, and are poor at seeking advice from doctors.

A new study by the UNSW Sydney now reveals the real reason that merely related to the type of sex chromosomes we share with most animal species.

Scientists examined all available academic literature on sex chromosomes and lifespan to ensure if there a pattern of one sex outliving the other that was repeated across the animal kingdom. In particular, they wanted to test the ‘unguarded X hypothesis’ which suggests that the Y chromosome in heterogametic sexes—those with XY (male) sex chromosomes rather than XX (female) sex chromosomes—is less able to protect an individual from harmful genes expressed on the X chromosome.

The hypothesis suggests that as the Y chromosome is smaller than the X chromosome, and in some cases absent, it is unable to ‘hide’ an X chromosome that carries harmful mutations, which may later expose the individual to health threats.

Conversely, there is no such problem in a pair of homogametic chromosomes (XX), where a healthy X chromosome can stand in for another X that has deleterious genes to ensure those harmful genes aren’t expressed, thus maximizing the length of life for the organism.

Ph.D. student Zoe Xirocostas, the first author of the study, said, “After examining the lifespan data available on a wide range of animal species, it appears that the unguarded X hypothesis stacks up. This is the first time that scientists have tested the hypothesis across the board in animal taxonomy; previously, it was tested only within a few groups of animals.”

“We looked at lifespan data in not just primates, other mammals and birds, but also reptiles, fish, amphibians, arachnids, cockroaches, grasshoppers, beetles, butterflies and moths among others.”

“And we found that across that broad range of species, the heterogametic sex does tend to die earlier than the homogametic sex, and it’s 17.6 percent earlier on average.”

The same pattern was observed in the classes of animals possessing their unique pair of sex chromosomes that are the reverse of all other animals.

In birds, butterflies, and moths, it is the male of the species that has the homogametic sex chromosomes (denoted by ZZ) while the female has the heterogametic chromosomes (ZW). Female birds, butterflies, and moths were usually found to die earlier than their male counterparts, giving credence to the unguarded X hypothesis—although strictly speaking, it’s an unguarded Z in this case.

This examination affirms that the unguarded X hypothesis is a sensible clarification for why one sex outlives the other on average, there was one measurement that rose out of the data that took Ms. Xirocostas by surprise.

Consider, if heterogametic males (XY) die sooner than heterogametic females (ZW) when compared to the opposite sex in their species. Does this mean there is something still fundamentally life-shortening about being a male member from any species?

Ms. Xirocostas thinks this could be the case, and lists side effects of sexual selection, the degree of Y chromosome degradation and telomere dynamics as possible explanations for this surprising trend.

“I was only expecting to see a pattern of the homogametic sex (XX or ZZ) living longer, so it came as an interesting surprise to see that the type of sex determination system (XX/XY or ZZ/ZW) could also play a role in an organism’s longevity.”

The study is published in the journal Biology Letters.

Drinking alone during adolescence increases the risk for alcohol use disorder

Liquid metals, surface patterns, and the Romance of the Three Kingdoms