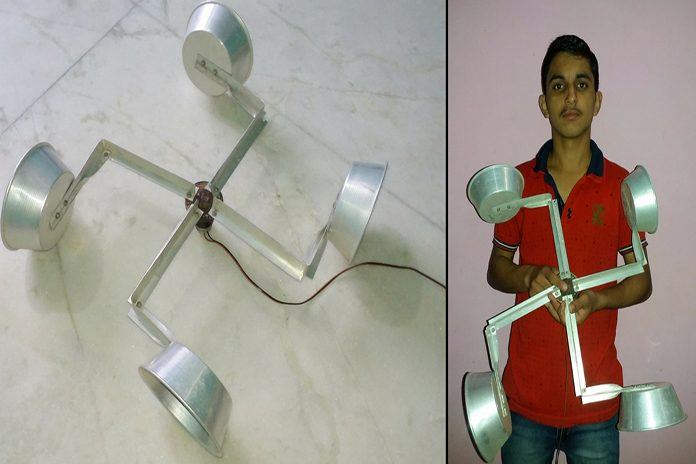 There is a proverb- ‘It’s not about ideas. It’s about making ideas happen’. That’s exactly done by a 17-year-old student from Government Polytechnic College in Manesar, Gurgaon- Akash Singh. He has developed a machine that harness wind energy generated by moving vehicles.

er. Modern wind turbines use wind’s kinetic energy and convert it into electricity. Akash always feels wonder about the tremendous energy that the wind possesses. Actually, Akash loves traveling by train, standing in the doorway, feeling the wind in his hair. During experiencing the wind fun, the idea of utilizing wind power clicked in his mind. So he decided to utilize this energy.

He started working on his idea. After continuous hard work of two years, he came up with a machine that harness wind energy from moving vehicles.

He was trying to target all major ways of producing energy are exhaustible and highly polluting. So, he decided to focus on renewable and non-polluting resource to get energy from.

The machine that he created relies on the basic principle of wind energy. It also has innovative application. The machine mimics as the wind converter that is exactly similar to conventional windmills. It can produce energy from the forceful flow of the wind when it is placed on a roof of fast-moving vehicles. The energy thus produced can be stored in a battery.

The device consists of a four-blade set up in the shape of a Swastika (lucky or auspicious object), with light hollow circular objects at the ends of all four points. It helps for rotating the device according to the wind. The gear box dynamo set in the center of the four blades. As the wind converter starts rotating, with its help the dynamo also moves and generates power. The moving speed of trains and buses travel approximately at a speed of around 40-80 kmph. The estimated speed of wind required for the machine to work is about 30 kmph. This means that the speed of the vehicles is enough for the device to work.

According to Akash, the best place to utilize this machine would be on the roofs of trains. He wrote about his idea to the Prime Minister’s Office and overjoyed to receive a response. The PMO forwarded his proposal to the Ministry of Railways. Soon, he heard from the Ministry that his idea had been further forwarded to the Ministry of New and Renewable Energy. 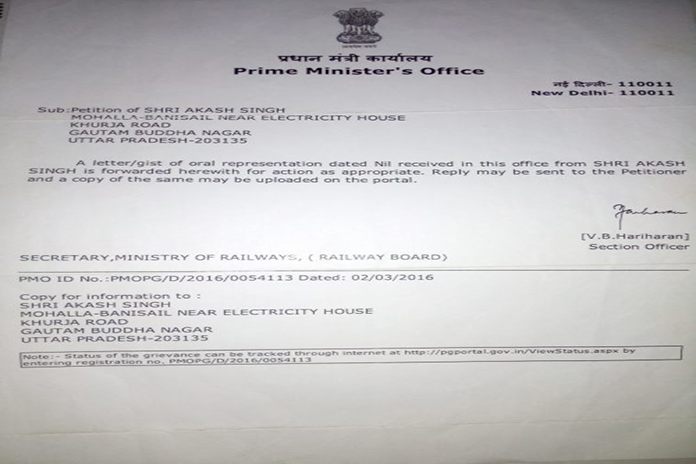 Akash said, “I’ m still spending some of my time to improve the machine. If this gets implement in public transportation, it’ll solve so many problems. I really want this to happen; if we are able to produce energy in a better way, we’ll save so many precious resources on earth.“

Wind Turbines To Harness The Power Of Typhoons