Your Left Hand Is Watching Your Right Hand Activity 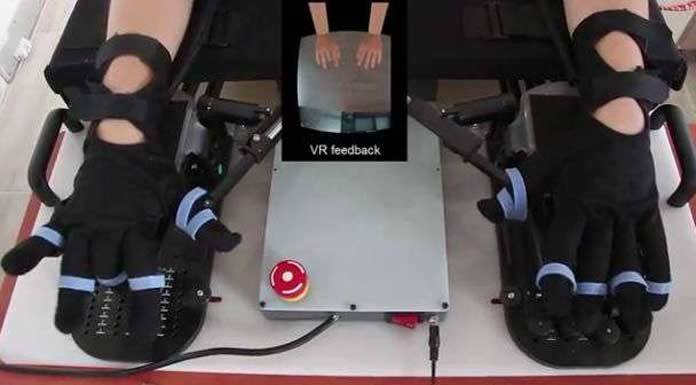 There is saying that your left hand does not know what your right hand is doing. But a new research proves this wrong. A research from the Tel-Aviv University has found that the left hand pays more attention to the right-hand activity. According to scientists, whenever people do finger movements after exercise left-hand works more efficiently.

Scientists involved 53 participants in research. They asked volunteers to complete the baseline task to assess the initial motor skills of each hand. Virtual reality headset was used to show their hand’s stimulated versions. During 1st cycle of an experiment, the participants completed a series of finger movements with their right hand. But, the screen showed their virtual left hand moving instead.

After that, scientists asked volunteers to put a motorized glove on their left hand. The motorized glove moves their fingers to match the motions of the right hand. This time, the headset shows the same as previous. It means the virtual left hand is moving instead of right hand.

Scientists noted that the one part of the brain superior parietal lobe was activated in every person during the test. The activity level in this region was related to the level of improved performance on the left hand. This means, the more activity of the left hand, the better performance it does.

As result, scientists analyzed that the left hand performs more significantly. But the most notable improvements occurred when the virtual reality screen showed the left hand moving while the motorized glove moved the right hand in reality.

Mukamel said, “Technologically these experiments were a big challenge. We manipulated what people see and combined it with the passive movement of the hand to show that our hands can learn when they’re not moving under voluntary control.”

“We need to show a way to obtain high-performance gains relative to other traditional types of therapies. If we can train one hand without voluntarily moving it and still show significant improvements in the motor skills of that hand, then that’s the ideal,” he added.

According to researchers, this research can be used to treat patients in physical therapy programs or patients with paralysis.

This entire experiment ended up being a nice demonstration about how to combine software engineering and neuroscience.