ISRO locates Vikram lander on Moon, but no contact yet

It will be communicated soon. 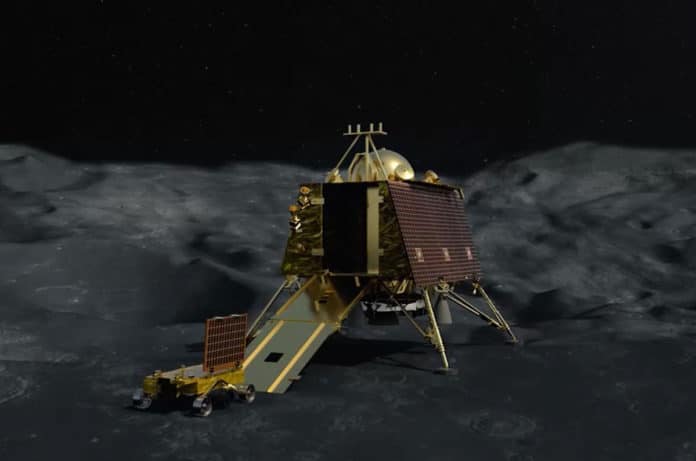 Sivan said that the Chandrayaan-2 Lunar oribitar has clicked images of Vikram lander on the lunar surface. However, the space agency is yet to establish any communication with the Lander.

The orbiter which weighs roughly around 2,379 kgs is currently revolving around the moon, nearly 100 kms above its surface. The orbiter managed to shoot a thermal image of the Vikram lander.

Although, Sivan did not confirmed the status of the Lander. He said that they are trying to have contact and shows the possibility of establishing communication soon.

Indian Space Research Organisation (ISRO) Chief, K Sivan to ANI:We’ve found the location of #VikramLander on lunar surface&orbiter has clicked a thermal image of Lander. But there is no communication yet. We are trying to have contact. It will be communicated soon. #Chandrayaan2 pic.twitter.com/1MbIL0VQCo

The team conducted a review to address the cause for the communication loss with the lander during its attempt to soft landing on the south polar region of the moon. It is suspected that the lander lost control because of malfunctioning of one of the five thrusters that could have destabilized the vehicle.

Sivan stated that the nation’s support boosted his and his team morale.

He added, “It must have been a hard-landing. We do not know if the Vikram module was damaged during the landing on the Lunar surface.”

Communication with Vikram was lost when it was 2.1km from the lunar surface. ISRO will explore a few fators to figure out what triggered the communication loss with Chandrayaan-2’s lander, Vikram.

Scientists discovered the signs of tectonic activity on exoplanet

Volcanoes might light up the night sky of this planet.
Read more
Space

Organic materials essential for life on Earth are found for the first time on the surface of an asteroid.
Read more
Space

The study also confirms that the plasma is held down in the Sun's atmosphere by strong magnetic fields.
Read more
Space