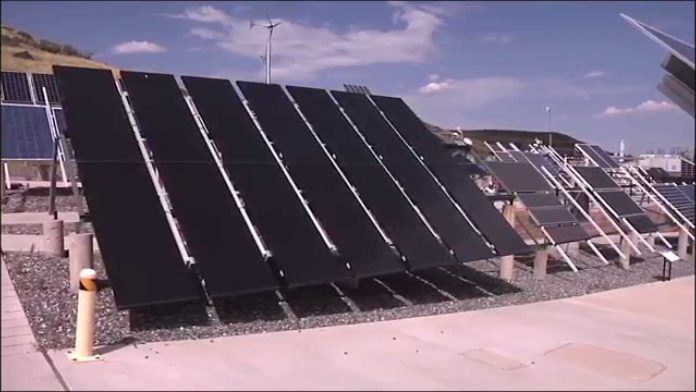 US researchers found that solar cells can absorb more sunlight than they previously could by making tiny wires across the top of solar cells. These conventional solar cells are panels with a square grid of wires rolled on top of themselves. These wires are necessary for the conduction of electrical charge absorbed by cells. They may not like that they are blocking cells’ capacity to absorb sunlight, but, in reality, they obstruct 5 to 10 percent of the light.

Vijay Narasimhan, one of the researchers from Stanford University, said, “By using nanotechnology, we have developed a new way to make the upper metal contact invisible to incoming light. Our new technique could lower the cost of solar cell and improve its efficiency”.

The team has developed a new method where a 16-nanometre gold thick film can place over a flat sheet of silicon instead of using conventional wires. Puzzled with an array of Nano-sized holes, this film is permeated with a matching array of silicon Nanopillars, which come up through a metallic layer.

One of the team members, Thomas Hymel, said, “We have immersed silicon and gold film together in a solution of hydrofluoric acid and hydrogen peroxide. After that, the gold film starts sinking immediately into the silicon substrate, and silicon Nanopillars start popping up through the holes in the film”.

The advantage of this Nanopillar is that they come up through the reflective surface of the metal and funnel light; therefore, the energy comes from the underneath silicon substrate. This system resulted from an energy gain standpoint; redirecting light through metal is almost the same.

Narasimhan said, “in our design, near about two to three surfaces are covered with metal. Still, the reflection loss is only 3 percent. Having that much metal can increase conductivity and make the cell convert light into electricity more efficiently.” with the expectations of their Nano-wire sheet can boost the efficiency of solar cells from 20 to 22 percent, for that the researchers plan to test the performance of working cells in the real world.

Ruby Lai, a graduate student, said, “Because of the shadow of silicon Nanopillars hides metal inside it; we call it by covert contacts. It doesn’t matter what type of metal researchers put inside it. It is nearly invisible to incoming light.”

Large carnivore attacks depend on socioeconomic and environmental factors