An international study led by the University has shown communities face significant barriers when it comes to implementing soil conservation measures. 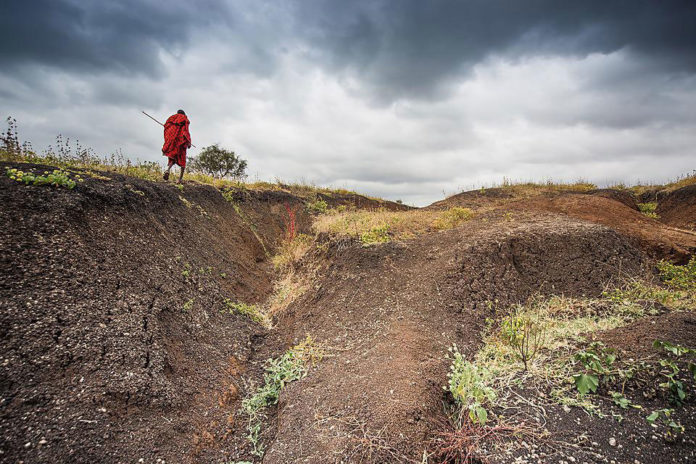 Soil erosion is a gradual process that occurs when the impact of water or wind detaches and removes soil particles, causing the soil to deteriorate. Soil deterioration and low water quality due to erosion and surface runoff have become severe problems worldwide.

A new study suggests that significant advances in interdisciplinary scientific and societal approaches could address these problems. An interdisciplinary approach is the only way to secure real and lasting change. That includes engaging local communities to work together to see how they contribute to the problem and how they can have a significant role in solving it.

The study- conducted by the University of Plymouth has shown that traditional pastoralist communities – such as the Maasai in East Africa- are richly mindful that environmental change and intensive gazing are markedly affecting the assets they depend on for survival.

As finding solutions are not that much easy thus communities face significant cultural and political barriers when it comes to implementing soil conservation measures. That is also a reason that huge swathes of former pasture land are being lost or degraded.

In this study, scientists have highlighted many and varied challenges associated with soil erosion. By understanding issues in the communities, they proposed an environmentally and socially sustainable solution that could be adapted in similar communities across the world.

Professor of Catchment Science Will Blake, lead author on the study said, “The devastating effects of soil erosion on Maasai lands are quite shocking to see. In recent decades, some parts of the Tanzanian Maasai landscape have witnessed almost total destruction of the soil resource in many areas used for grazing of livestock.”

“But these problems are certainly not restricted to East Africa and every year 12 million hectares of productive land is lost to soil erosion globally, with a third of all soils are currently thought to be degraded. Unless we take action now, communities who rely on the land for their survival will be left facing an increasingly uncertain future.”

The research was led by Plymouth’s School of Geography Earth and Environmental Sciences, in conjunction with the Nelson Mandela African Institution of Science and Technology, University of Exeter, Schumacher College and the International Water Management Institute.

It also involved a collaboration with photojournalist Carey Marks, facilitated by Plymouth’s Sustainable Earth Institute as part of its Creative Associates programme, to develop photographic documentation of the research project in action, whiteboard animation, and a soil erosion game.