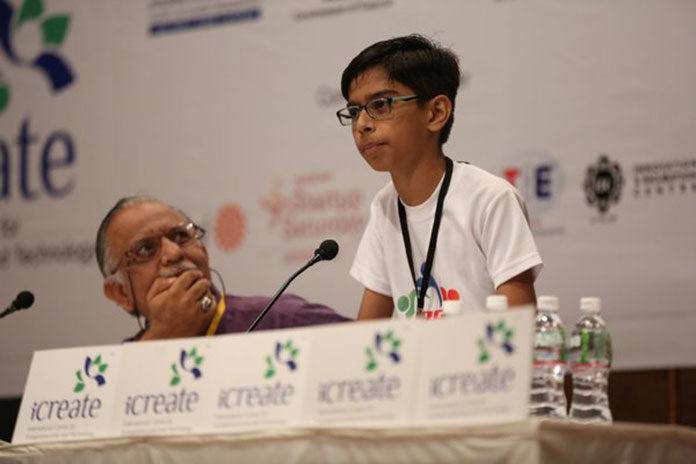 Harshwardhan Zala, a 14-year student from Gujarat have built a prototype to clinch the deal with the state’s Department of Science and Technology. He has designed an anti landmine drone that will detect and diffuse landmines on war fields, potentially saving many lives.

To build his prototype, he spent almost 5 lakhs. Now he started his own company named as Aerobotics7 Tech Solutions.

Harshwardhan got inspiration to build this anti landmine drone when he was watching T.V. He found that a large number of soldiers succumb to injuries sustained due to landmine blasts while defusing them manually.

The drone that he developed consist of infrared, RGB sensor and thermal meter along with a 21-megapixel camera. The camera is attached with a mechanical shutter that can take high-resolution pictures as well. Then the waves detect land mines and communicate their location with a base station. 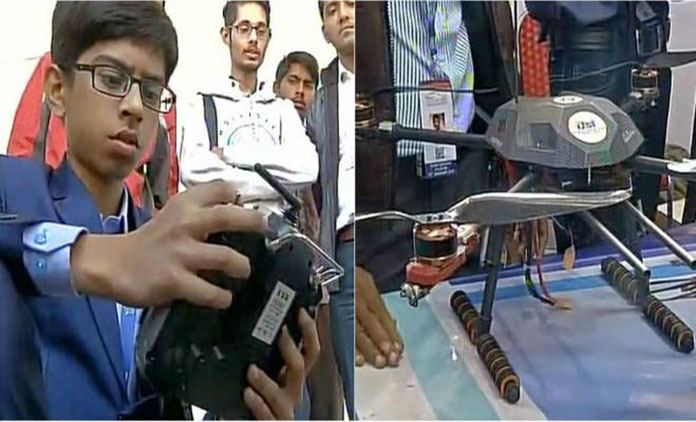 Harshvardhan said, “This anti landmine drone also carries a bomb weighing 50 gram that can be used to destroy the landmine.”

“I started making drones on my own and set up an interface with a base station but realized I need to do more. So I fixed payloads that detect landmines. I have several other plans that I want to execute once the patent for this drone is registered,” he added.

READ: This Indian Professor From Canada Has Created Roads That Repair Themselves

A few days ago, he signed a deal of 5 crore-worth memorandum of understanding (MoU) with the state government. The deal was for the production of a drone designed by him.

“This was part of an all-expenses paid trip to the US that was part of a prize I won during an innovation event at LD College of Engineering. Now, I need to inform these investors about the MoU and I am sure they will be ready to invest in my company,” he said.