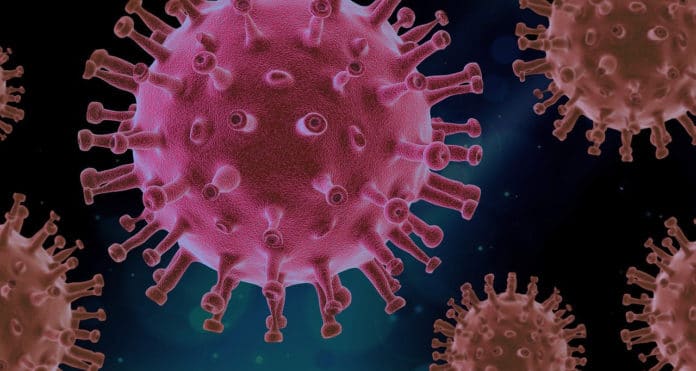 Dr. Shailza Singh’s team at the Department of Biotechnology’s National Centre for Cell Science (DBT-NCCS), Pune, has been involved in research to identify targets that could be used to design therapeutic peptides against many variants of the virus.

For this purpose, they used machine learning algorithms to select specific viral sequences from among the diverse sequences reported from different parts of the world. They used a novel technique of combinatorial machine learning algorithms with an optimization algorithm to design a novel set of peptides. They identified peptides that showed a strong binding affinity towards Mpro using computational studies.

The target molecule “Mpro” is the main protease enzyme of the COVID-causing virus. It is a 33.8 kDa protein that cleaves polypeptides formed from the translation of viral RNA. These polypeptides are usually two overlapping products pp1a and pp1ab, and breakdown results in functional polypeptides that help in the formation of other viral structural and non-structural proteins occur.

Mpro is an attractive drug target since it is a key enzyme that plays a pivotal role in viral multiplication. Moreover, humans do not have any similar molecule, which means that any therapeutic agent that blocks this protein would ideally not affect humans adversely.

These peptides could potentially serve to block the functionality of Mpro, which could result in regulating the replication of the viral RNA, and may thus help control the virus. Further experimental validation could help in the development of effective therapeutics in the future.

Such peptides show promise to safeguard against viral variants that might arise in the future since the machine learning strategy used here was based on studying all the mutants available to date, which therefore considers the evolvability of the virus. This study’s promising research outcomes have been accepted for publication in the international journal, BBA Molecular Basis of Disease.

The urgent need to tackle the current COVID-19 pandemic has fueled a surge in research aimed at the rapid development of vaccines and therapeutics against this novel disease. Rising to this unprecedented challenge, the scientific community uses various tools and approaches to addressing this issue.

In addition to the conventional approaches, modern tools in the researchers’ arsenal that have been popular in the current war on COVID include computational biology, artificial intelligence, and machine learning. These tools are being used to help identify viral components that could serve as targets for developing vaccines and therapeutics.