How can dolphins adapt to life in a new environment?

Ocean-dwelling dolphins have adopted life in coastal areas throughout history. 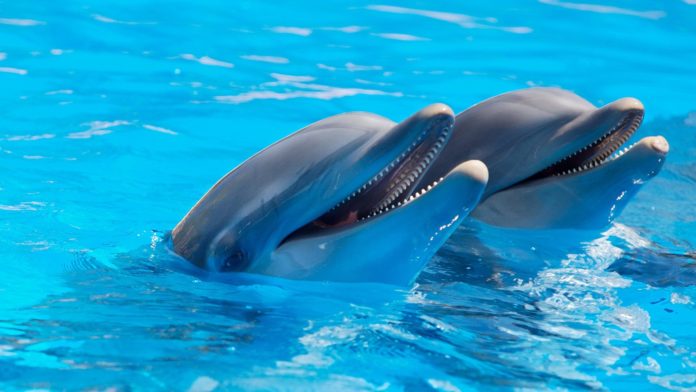 Understanding the processes that allow species to extend their ranges and adapt to novel environments is a long-standing question in biology.

Ocean-dwelling dolphins have adopted life in coastal areas throughout history.

A research group has now found an answer to how dolphins can adapt to new life in a new environment. They have presented newly published results in Science Advances. Andrew Foote is an associate professor at the NTNU Science Museum and participated in the study.

Dolphins are spread across a vast belt north and south of the equator in the wild. They are often found in pods far out to sea, where they mainly feed on fish and otherwise on whatever they can see in the way of squid and crustaceans.

Bottlenose dolphins belong to at least two different species. An essential feature for them is that they can thrive in entirely different environments.

Bottlenose dolphins are found to adopt life along the coast and the open ocean.

The coastal lifestyle can differ considerably from life at sea, mainly because the diet may be completely different. These variations are reflected in the dolphin’s genetic make-up.

Genes that provide an advantage will be passed on to the next generation more often than not. Over several generations, this can lead to substantial differences between animals living in varied habitats.

“The dolphins that live along the coast and out at sea are genetically different from each other,” says Marie Louis at the University of St. Andrews in Scotland.

Some genes provide benefits for living in the open ocean, while other genes are advantageous for coastal living. Dolphins along the coast may have more prominent teeth, for example, a characteristic that is probably related to their diet. They also have other physical traits that can be beneficial for living closer to land.

Some traits may also be learned and may not be genetic. Dolphins along the coast are more place-bound than those far out to sea, but they may have learned this behavior from their mothers. The same goes for different techniques for obtaining food.

How bottlenose dolphins adapt to different habitats in several places on the planet has posed a little mystery.

The mystery is now solved.

“We discovered the solution in the ancestral genes that dolphins have. We found that genes that provide benefits for coastal dolphins also appear as genetic variations in dolphins that live far out to sea,” says Louis.

Despite being common, these ancient genes are not only found in dolphins along the coast. When necessary, open ocean dolphins have the genetic potential to adapt to coastal life.

“This adaptation has happened several times in dolphin pods, independently of each other but in parallel,” Foote said.

In bottlenose dolphins, the ancestral genes have been triggered on repeated occasions and in repeated places throughout history, the research group’s study shows.

“In other words, a species that lives in groups can benefit from both the ecological possibilities in the environment and the genetic variation to adapt to a new habitat over and over again,” says Louis.

In an ocean-dwelling dolphin pod that began to live closer to shore for one reason or another, the individuals who carried these ancient genes had an advantage over the individuals who did not have them. Thus, they multiplied more often and had viable offspring who would have the same genetic advantage.

“Through the generations, these beneficial gene variants came to dominate in the coastal dolphins, so much so that they became genetically different from the ones in the open ocean,” says Louis.

Several species may depend on latent ancestral genes to adapt to later changes, even though they are not needed today. Wide genetic variation can thus determine how well individuals and species can cope when conditions change.