Electromagnetic properties of the Great Pyramid. 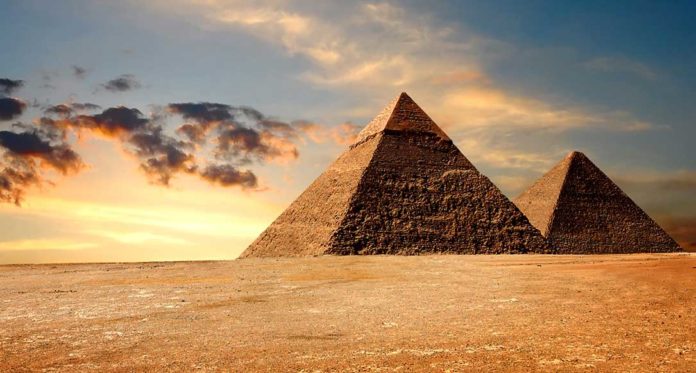 Nw, scientists at the ITMO University along with the Laser Zentrum Hannover, conducted a new study on the great pyramid of Giza’s. They studied how the Great Pyramid would interact with electromagnetic waves of a proportional, or resonant, length.

This value helps gauges which part of the incident wave energy resonant can be scattered or consumed by the pyramid under resounding conditions. At long last, for similar conditions, the researchers got the electromagnetic fields distribution inside the pyramid.

The Great Pyramid pulled in the analysts’ consideration while they were examining the collaboration amongst light and dielectric nanoparticles. The scattering of light by nanoparticles relies upon their size, shape, and refractive record of the source material. By changing these parameters, it is conceivable to decide the reverberation scrambling administrations and utilize them to create gadgets for controlling light at the nanoscale.

Andrey Evlyukhin, DSc, scientific supervisor and coordinator of the research said, “Egyptian pyramids have always attracted great attention. We as scientists were interested in them as well, and so we decided to look at the Great Pyramid as a particle resonantly dissipating radio waves.”

“Due to the lack of information about the physical properties of the pyramid, we had to make some assumptions. For example, we assumed that there are no unknown cavities inside, and the building material has the properties of an ordinary limestone and is evenly distributed in and out of the pyramid. With these assumptions, we obtained interesting results that can have important practical applications.”

Polina Kapitanova, Ph.D., an associate at the Faculty of Physics and Engineering of ITMO University said, “By choosing a material with suitable electromagnetic properties, we can obtain pyramidal nanoparticles with a potential for practical application in nanosensors and effective solar cells.”

The study is published in the Journal of Applied Physics, 20 July 2018.

The study opens a window into the landscape of extreme topological matter.
Read more
Science

Nuclear physicists crank up the energy to put the squeeze on the proton and its quarks.
Read more