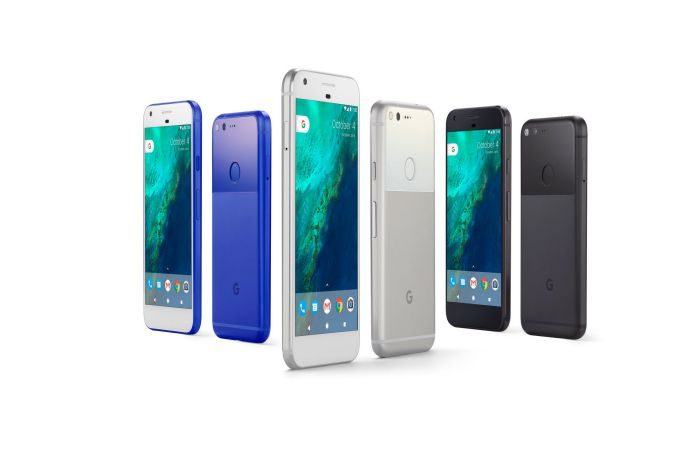 For the first time, google has announced their new smartphone known as Pixel and Pixel XL. It can bring people the best of Google through hardware and software made by Google. Both Pixel and Pixel XL smartphones consist of Google assistant and virtual reality capabilities. Their software includes capabilities with Daydream virtual reality platform.

HTC, a electronics company have built these phones. But Google has taken full credit for its design. Both phones gas the aluminium unibody and polished glass display. There is imprint fingerprint sensor is embedded at back of the phone. It comes in three colors: Quite Black, Very Silver, and Really Blue. It even has the 3.5 mm headphone jack. Developers used 2.5 D Corning Gorilla® Glass 4 on the front display and back glass to accent the aerospace grade aluminum body.

Rick Osterloh from Google said, “We’re committed to building hardware, and this is only the beginning. We carefully sculpted the surfaces of the phone, and rounded the edges to make it easy to grip.”

Generally, most of the phones have battery problems that people needs to deal with them by buying battery banks. No matter what you’re using your phone for, you’ll need a battery that lasts all day and charges fast. Both these google’s new smartphone take only 15 minutes for 7 hours of charge.

The phone’s camera is of 12.3-megapixel resolution with 1.55-micron pixels and a f/2.0 aperture. The phone uses smartburst that enables users to take a quick succession of images. According to google, “It is the shortest capture time on any mobile camera ever.”

Some Specifications Of Google’s New Smartphone:

Google assistant access Google’s extensive and ever-growing search engine to answer user queries. It even read emails, calendar entries and offers personalized specs of your entire day. It can create shopping lists and even flips a coin as demonstrated in the debut.

Daydream is simple and high-quality virtual reality system. Clay Bavor introduced and explained the VR system, mentioning that JK Rowling’s Fantastic Beasts and Where to Find Them would be exclusive to the system.

The fabric-based headset allows users to slide in their Pixel. It will work with every Daydream-prepped phone. The headset weighs 30 percent less than “comparable devices” and is roomy enough to accommodate for glasses.

Both smartphones are coming with the newest android operating system: Android 7.1 Nougat. Te security and software updates will available directly from Google.

These Google’s new smartphone is available for pre-order today starting at $649 in the U.S., U.K., Canada, Germany, and Australia. Pre-orders in India will begin October 13.