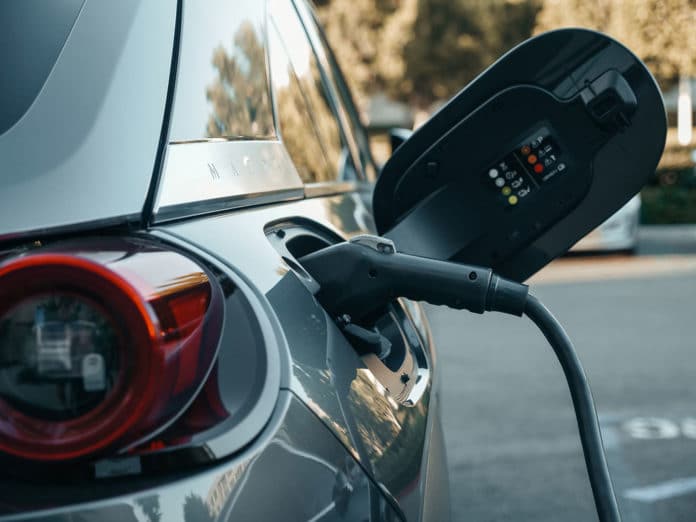 Global transportation is the single largest energy user and uses CO2 emissions, chiefly driven by light-duty vehicles (LDVs). To curb emissions, many countries, including the United States (U.S.), are increasingly promoting alternative fuel vehicles, which are typically characterized by lower tailpipe emissions. However, concerns over potentially growing emissions from energy production and vehicle manufacturing have been voiced. These emissions occur–offsite or indirectly and include generating electricity to charge electric vehicles.

“The surprising element was how much lower the emissions of electric vehicles were,” says postdoctoral associate Stephanie Weber. “The supply chain for combustion vehicles is just so dirty that electric vehicles can’t surpass them, even when you factor in indirect emissions.”

Weber was part of the study led by Paul Wolfram, ’21 Ph.D. Now a postdoc with the Joint Global Change Research Institute at the University of Maryland, including YSE economics professor Ken Gillingham and Edgar Hertwich, an industrial ecologist from the Norwegian University of Science and Technology and a former YSE faculty member.

The research team combined concepts from energy economics and industrial ecology — carbon pricing, life cycle assessment, and modeling energy systems — to find if carbon emissions were still reduced when indirect emissions from the electric vehicle supply chain were factored in.

“The introduction of the Low Carbon Fuel Standard in California, which regulates all fuel and electricity production and combustion emissions, shows that transport policy in practice can at least partly address indirect vehicle emissions. However, not a single transport policy exists to date that consistently regulates all sources of vehicle emissions along the entire supply chain. We use the terms ‘supply chain emissions’ and ‘life–cycle emissions’ synonymously. Both are defined as the sum of direct, or tailpipe, emissions, and indirect emissions.” Study quotes.

The research team gathered data using a National Energy Modeling System (NEMS) created by the Energy Information Administration, which models the entire U.S. energy system using detailed information from the current domestic energy system and a forecast of the future of the electric system. Wolfram completed a life cycle assessment that provided outputs of indirect emissions, which were then plugged into the NEMS model to see how a carbon tax on these indirect emissions would change the behavior of consumers and manufacturers. Weber assisted in modifying the NEMS code.

According to Wolfram, the study shows that “the elephant in the room is the supply chain of fossil fuel-powered vehicles, not that of electric vehicles.” He notes that the faster we switch to electric vehicles, the better — at least in countries with a sufficiently decarbonized electricity supply, like the U.S.

Gillingham, whose research has focused extensively on alternative energy adoption in transportation, says this research provides a better understanding of how comprehensive carbon pricing — which includes the entire supply chain — can shift consumers toward electric vehicles.

“Our work represents a step towards a holistic inclusion of dynamic life–cycle relationships in integrated modeling frameworks. Future research could include additional potentially important factors and processes, such as the deployment of carbon capture and storage (CCS) at fuel refineries, differences in emission intensities of hydrocarbons, synthetic liquid fuels, net–negative emission pathways of energy production, and low–carbon steel production using hydrogen from renewable sources.” Study quotes.