Conditions below the Mars’ surface could potentially support life

The study suggests the presence of water traces on Mars, raising the question of the chances of life. 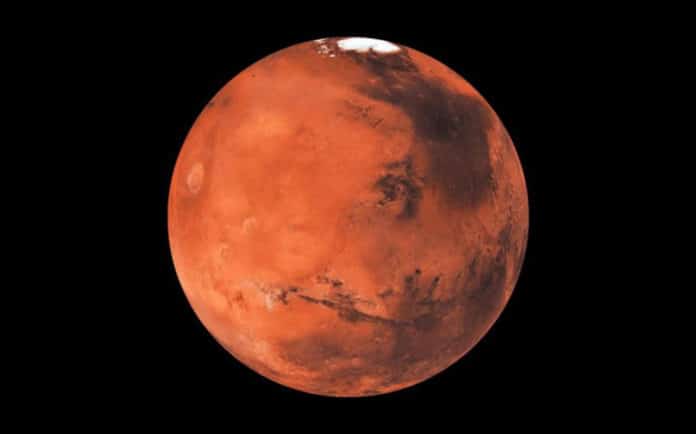 There is growing evidence suggesting the presence of aqueous environment on ancient Mars, raising the question of the possibility of living in such an environment.

Although no life has been detected yet on the Martian surface, in a new effort, astrophysicist and research scientist Dimitra Atri at the Center for Space Science at NYU Abu Dhabi finds that conditions below the surface could potentially support it.

Until now, Martian subsurface, which is less harsh and has traces of water, has never been explored. Atri thinks that the steady bombardment of penetrating galactic cosmic rays (GCRs) might provide the energy needed to catalyze organic activity there.

Atri used a combination of numerical models, space mission data, and studies of deep-cave ecosystems on Earth for his research to propose mechanisms through which life if it ever existed on Mars, could survive and be detected with the upcoming ExoMars mission (2022) by the European Space Agency and Roscosmos.

He hypothesizes that galactic cosmic radiation, which can penetrate a few meters underneath the surface, will induce chemical reactions that can be utilized for metabolic energy by existing life, and host life organisms using mechanisms seen in chemical and radiation environments on Earth.

Atri said, “It is exciting to contemplate that life could survive in such a harsh environment, as few as two meters below the surface of Mars. When the Rosalind Franklin rover onboard the ExoMars mission (ESA and Roscosmos), equipped with a subsurface drill, is launched in 2022, it will be well-suited to detect extant microbial life and hopefully provide some important insights.”