Black holes have a significant impact on the evolution of galaxies 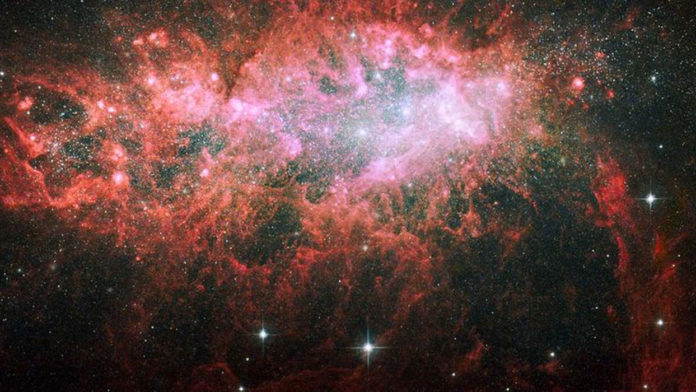 Almost every galaxy in our universe appears to have a giant black hole in its center.

Now a new study reveals that powerful winds driven by supermassive black holes in the centers of dwarf galaxies have a significant impact on the evolution of these galaxies by suppressing star formation. What’s more, the impact can be just as dramatic.

For the study, scientists gathered the data from the Sloan Digital Sky Survey, which maps more than 35% of the sky, to identify 50 dwarf galaxies, 29 of which showed signs of being associated with black holes in their centers.

Scientists found the evidence of winds in six among all 29 galaxies- specifically, high-velocity ionized gas outflows- emanating from their active black holes.

Gabriela Canalizo, a professor of physics and astronomy at UC Riverside said, “Using the Keck telescopes in Hawaii, we were able to not only detect, but also measure specific properties of these winds, such as their kinematics, distribution, and power source — the first time this has been done. We found some evidence that these winds may be changing the rate at which the galaxies are able to form stars.”

“When wind emanating from a black hole is pushed out, it compresses the gas ahead of the wind, which can increase star formation. But if all the wind gets expelled from the galaxy’s center, gas becomes unavailable and star formation could decrease. The latter appears to be what is occurring in the six dwarf galaxies the researchers identified.”

Scientists are further planning to study the mass and momentum of gas outflows in dwarf galaxies.

The study is published in The Astrophysical Journal.

Astronomers traced the journey of one of life’s building blocks

Phosphorus, present in our DNA and cell membranes, is an essential element for life as we know it. But how it arrived...
Read more
Space