Astronomers observed most distant blazar ever

This blazar is one of the earliest, most distant SMBHs seen that is not obscured by dust. 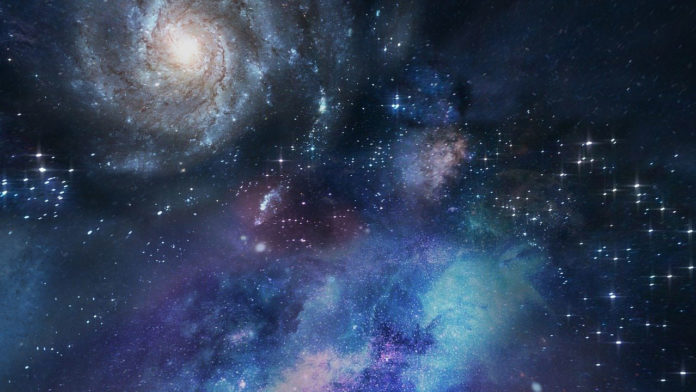 A team of researchers led by Silvia Belladitta, a Ph.D. student at the University of Insubria, working for the Italian National Institute for Astrophysics (INAF) in Milan, under the supervision of Alberto Moretti and Alessandro Caccianiga has observed the most distant blazar observed to date, PSO J030947.49+271757.31.

The light of PSO J0309+27 originated when the universe was less than 1 billion years old, almost 13 billion years ago. According to researchers, the discovery could open up important details about ancient black holes and places tight constraints on theories of the evolution of the universe.

While they suspected that the object was distant, and observations from the Swift Space Telescope showed that its X-ray power matched that of other blazars, it was the observations obtained with the optical Multi-Double Object Spectrographs (MODS) at the Large Binocular Telescope (LBT) that confirmed it as a record-breaking distant blazar, the farthest observed in the known universe.

Blazars are one of the brightest of a class of objects called active galactic nuclei (AGN), which are supermassive black holes (SMBHs) in the centers of galaxies. They are active due to the presence of a disk or sphere of ionized gas around them, which “fuels” the emission seen at many wavelengths.

Significantly, this blazar is one of the earliest, most distant SMBHs seen that is not obscured by dust (unlike most AGN). This allows astronomers to study this object across the entire electromagnetic spectrum and build a complete picture of its properties.

Belladitta, first author of the paper describing the discovery said, “The spectrum that appeared before our eyes confirmed first that PSO J0309+27 is actually an AGN or a galaxy whose central nucleus is extremely bright due to the presence in its center of a supermassive black hole fed by the gas and the stars it engulfs. In addition, the data obtained by LBT also confirmed that PSO J0309+27 is really far away from us, according to the shift of the color of its light toward red or redshift with a record value of 6.1, never measured before for a similar object.”

Belladitta says, “Observing a blazar is extremely important. For every discovered source of this type, we know that there must be 100 similar, but most are oriented differently, and are therefore too weak to be seen directly.”

“The discovery of PSO J0309+27 allows us to quantify, for the first time, the number of AGN with powerful relativistic jets present in the primordial universe.”

“From these new LBT observations, still under development, we also estimate that the central engine that powers PSO J0309+27 is a black hole with a mass equal to about 1 billion times the mass of our sun. Thanks to our discovery, we are able to say that in the first billion years of the life of the universe, there existed a large number of very massive black holes emitting powerful relativistic jets. This result places tight constraints on the theoretical models that try to explain the origin of these huge black holes in our universe.”

The study is published today in the journal Astronomy & Astrophysics.