Aspirin after calving can provide relief to dairy cows 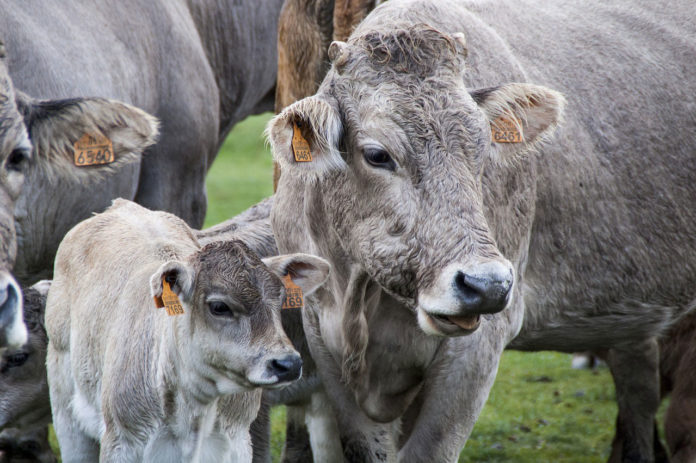 Pregnancy and calving are essential for dairy cows to keep producing milk and provide the next generation of replacement heifers on dairy operations. Although calving is considered one of the most stressful and challenging times for dairy cows, its effects on cow health and performance are still being investigated.

Dairy cows experience several physiological challenges that can impair their health and performance during lactation if proper management is not in place.

Dairy cows that got a short course of anti-inflammatory medication after calving had lower metabolic stress and created more milk than untreated cows suggests a new study. Scientists from the Penn State suggests that the regimen could be adopted more easily by producers than previously studied treatment strategies.

Dr. Adrian Barragan, clinical assistant professor of veterinary and biomedical sciences in Penn State’s College of Agricultural Sciences said, “Decreasing this inflammation and stress could be a potential strategy for preventing disease in early lactation, improving the welfare and performance of dairy cows, and reducing disease-related costs for producers.”

In this study, scientists tested a regimen that would be less labor-intensive and less expensive than similar methods used in previous studies. A major goal was to prove the effectiveness of a treatment that would be relatively easy and economical for producers to adopt.

They found that cows treated with the NSAID acetylsalicylic acid — better known as aspirin — after giving birth would have a lower incidence of diseases, lower biomarkers of metabolic stress, and increased milk yields compared to untreated cows.

To test this, 246 cows at a family-owned dairy farm in central Pennsylvania were studied, from calving throughout lactation. The treatment group received two treatments with aspirin, the first within 12 hours after birthing and the second 24 hours later.

The aspirin was administered in boluses, or pill form, instead of previous studies’ protocols in which the drug was pumped into the rumen or injected — methods that are more labor-intensive and time-consuming — or mixed in drinking water, which may lead to inexact dosing. Earlier research also called for shorter intervals between treatments and longer courses of treatment.

Barragan said, “We found that cows treated with the proposed anti-inflammatory strategy had lower metabolic stress 14 days after calving and a lower incidence of clinical metritis, compared to untreated cows. Also, treated cows that had given birth more than once, known as multiparous cows, produced 3.6 more pounds of milk per day during the first 60 days in milk than their untreated counterparts.”

The estimated value of this increased milk production for an average Pennsylvania dairy herd of 80 cows — taking into account current milk prices and costs for aspirin treatment and labor — would be about $2,250 annually.

Barragan said, “These results suggest that an easy-to-apply, economical and practical anti-inflammatory strategy after calving may improve the health of dairy cows, enhancing both animal welfare and farm profitability.”

Closeness with fathers has a positive impact across kid’s adolescence