An international team, led by Professor Gavin Shaddick of the University of Exeter produce new estimates of global air quality. 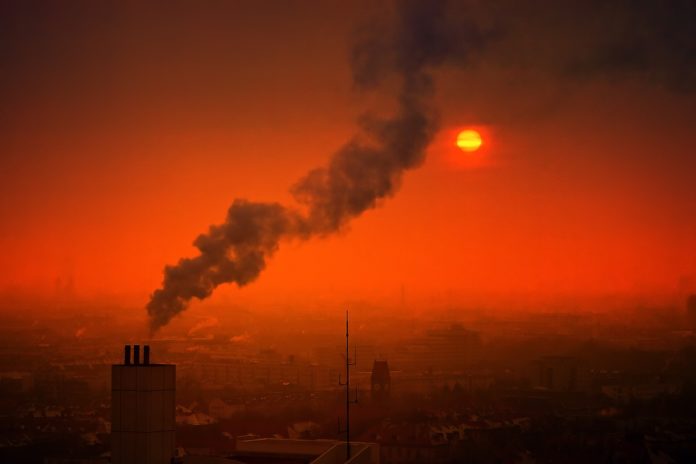 According to a new data by the World Health Organization, almost 7 million deaths occur worldwide a year due to air pollution. This suggests that air pollution levels are dangerously high in many parts of the world.

WHO figures measure the number of contaminations noticeable all around in the air of 4,300 urban areas, towns and different settlements in 108 nations around the globe. More urban areas than any time in recent memory are now monitoring their air quality.

Professor Gavin Shaddick, from the University of Exeter, led the international team that produced the new estimates of global air quality.

Professor Shaddick said: “Air pollution presents a major risk to health worldwide. One of the key drivers of adverse health effects is fine particulate matter ambient pollution, or PM2.5, which are very small particles that that less than 2.5 microns in diameter. They can affect both our respiratory and cardiovascular systems and are associated with very serious diseases including stroke, heart disease, lung cancer, chronic obstructive pulmonary diseases and respiratory infections.”

Despite the fact that air contamination monitoring is expanding, there remain some zones for which data isn’t accessible and assessments of exposures are required for all zones. Exeter scientists are working with the WHO to make models that consolidate data from various distinctive sources to enable exposures to be evaluated around the world.
The data found that pollution levels are highest in south-east Asia, as well as the Middle East and North Africa – a geographical area categorized by the WHO as the eastern Mediterranean.

Pollution levels were also found to be high in low and middle-income cities in Africa and the western Pacific. Many of the world’s megacities have annual average pollution levels more than five times the WHO safe limit.

The lowest pollution levels were found in wealthy countries, particularly those in Europe, the Americas, and the western Pacific.

Port Talbot in Wales was the worst-faringUK town, coming in at 1,440 on the WHO’s list. London, meanwhile, was ranked 2,937th.

By the end of January this year, the capital had reached its legal air pollution limit for the whole of 2018 – a slight improvement in recent years.

Professor Shaddick said: “We integrate measurements from ground monitoring with information from satellites, population estimates, land-use and other factors to allow us to provide estimates of air quality for every country and region, including those where there is little, or no, monitoring. This is essential for understanding the magnitude of the global risk to health. WHO air quality guidelines state that annual average levels (of PM2.5) should be below 10 micrograms per meter cubed (μg/m3). We see great variability in air pollution across the world with some areas experiencing levels that are more than 5 times greater than WHO guidelines”.

Dr. Maria Neira, Director of the Department of Public Health, Social and Environmental Determinants of Health, at WHO said, “Many of the world’s megacities exceed WHO’s guideline levels for air quality by more than 5 times, representing a major risk to people’s health. We are seeing an acceleration of political interest in this global public health challenge. The increase in cities recording air pollution data reflects a commitment to air quality assessment and monitoring. Most of this increase has occurred in high-income countries, but we hope to see a similar scale-up of monitoring efforts worldwide.”

Dr. Tedros Adhanom Ghebreyesus, Director-General of WHO said: “Air pollution threatens us all, but the poorest and most marginalized people bear the brunt of the burden.
“It is unacceptable that more than three billion people –most of them women and children– are still breathing deadly smoke every day from using polluting stoves and fuels in their homes. If we don’t take urgent action on air pollution, we will never come close to achieving sustainable development.”

While the latest data show ambient air pollution levels are still dangerously high in most parts of the world, they also show some positive progress. Countries are taking measures to tackle and reduce air pollution from particulate matter.