A 3D Printed Bridge is Being Built Using Reinforced Concrete

3D printing nowadays covers everything from small plastic projects to large projects including aircraft. Now, scientists at the Eindhoven University of Technology in the Netherlands makes use of it in completely new manner. Scientists have started manufacturing 3D printed bridge through reinforced concrete.

As scientists reported, be the first bridge to use 3D-printed, reinforced concrete. It is anticipated that the bridge construction will start by in September. To get to the point where the 3D printed parts were considered reliable, scientists primarily built a 1:2 scale model, which was able to hold a 2,000kg. 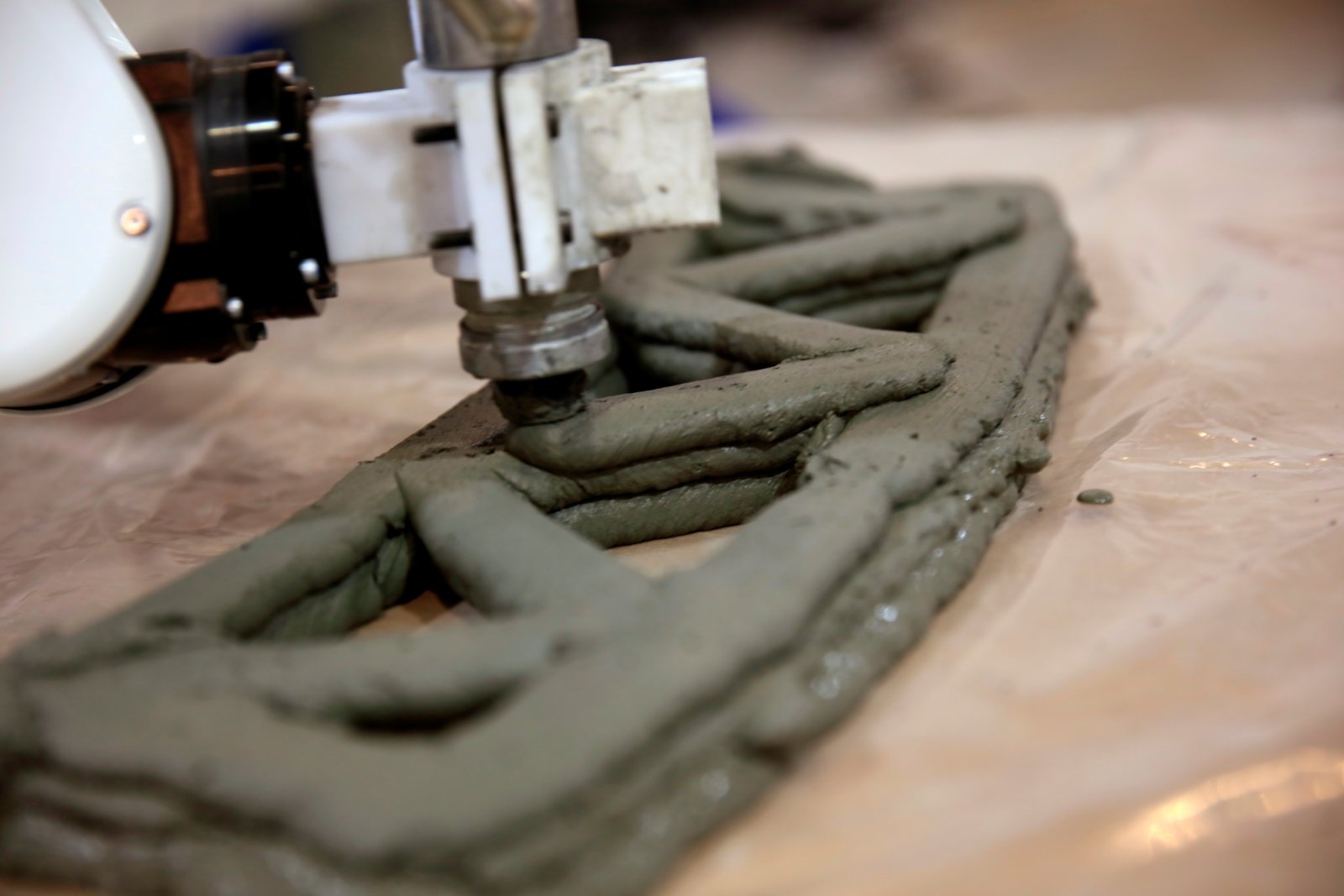 This 3D printed bridge will use far less concrete than pouring it into molds. Although, the printer deposits only the concrete where it is needed. There’s also more freedom of design, as a 3D-printer can fabricate shapes that are much harder to produce with a mold.

It is expected that the bridge elements will be printed and ready within two months. In September, the company will put the bridge in place in the Noord-Om, a new section of the ring road around the village of Gemert, where the company is also using other new innovative building techniques.

Scientists also developed a process to print the steel reinforcement at the same time. While laying a strip of concrete the concrete printer adds a steel cable. Through it, the bridge becomes ‘pre-stressed’ and no tensile stress occurs in the concrete. This is something that concrete is not able to cope with adequately.